Exclusive Interview: Writer/Director Justin Dec Has An App For Terror In 'Countdown' 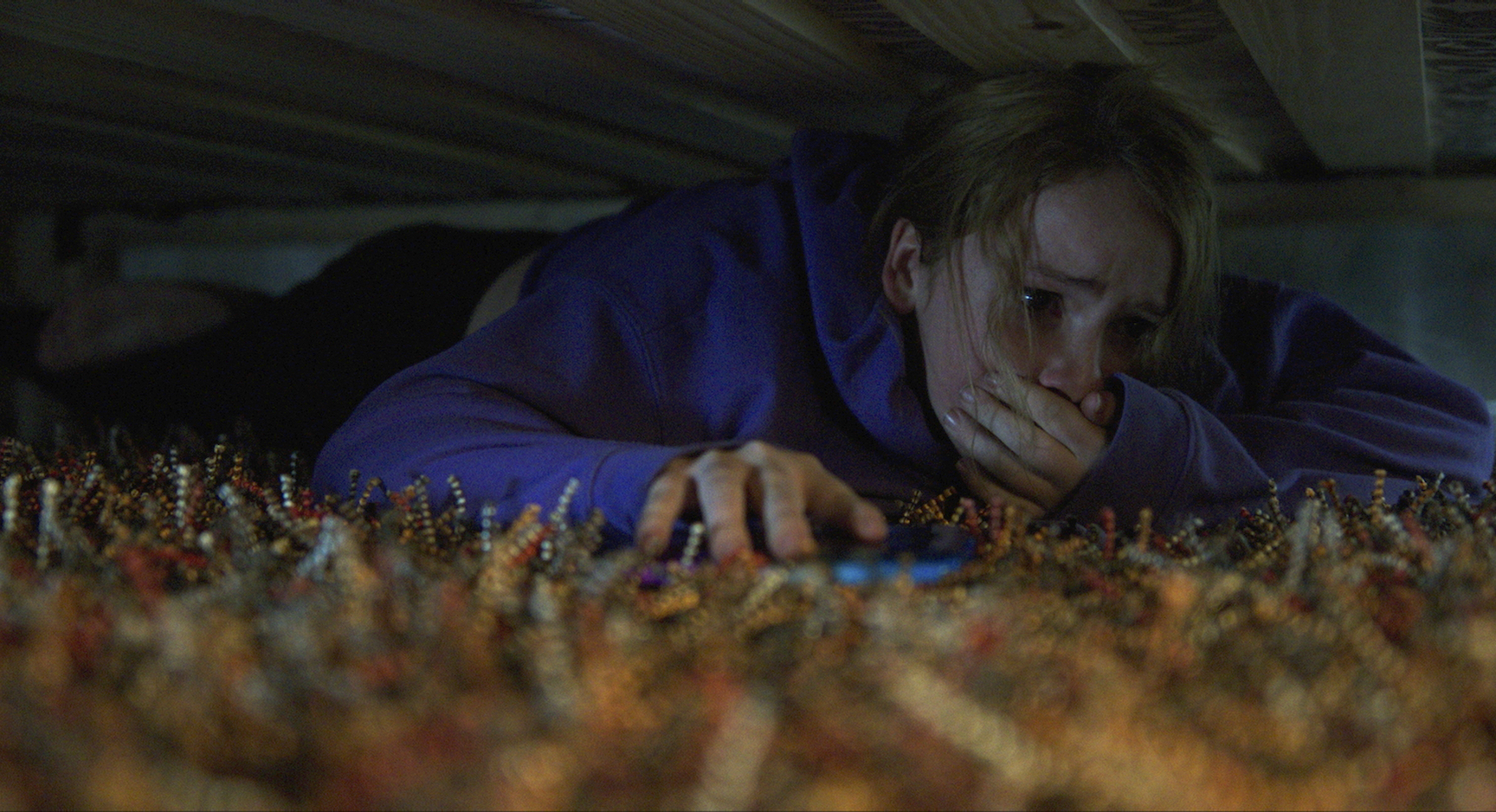 Talitha Eliana Bateman takes it to the floor in 'Countdown.' (Photos courtesy of STXFilms.)

Exclusive Interview: Writer/Director Justin Dec Has An App For Terror In 'Countdown'

s the days count down to Halloween, a new film is arriving on Friday that aims to make you scared of your cell phone. STX Films’ Countdown, written and directed by feature first-timer Justin Dec, stars Elizabeth Lail as Quinn, a nurse who adds an app to her device that reveals exactly how long a given person has to live. When she finds out her own demise will occur in just three days, her attempts to avoid that fate lead her to discover a supernatural presence behind the app.

Based on Dec’s short of the same name, Countdown belongs to the time-honored tradition of extrapolating a horrific situation from something a lot of us deal with every day.  “The whole idea started when I was setting a timer on my phone,” Dec recalls.

“As I watched the numbers tick backwards, I thought to myself, wouldn’t it be creepy if it was counting down to my death? Totally normal thought, I know.”

Previously, Dec’s odd thoughts led him to craft a series of comedic shorts, including the award-winning Rolling, and the popular web series Lazy Me. Yet it was when he turned his talents to the scary side that he was able to make the leap to the long form.

“I love genre filmmaking; I grew up on Steven Spielberg, John Carpenter and James Cameron,” he says. “I wanted to see if I could build a suspenseful scare, so I made the Countdown short as an exercise. Once it was done, I spent a lot of money sending it to festivals with the hope that someone would see the potential in it.”

He also passed it on to his friends, screenwriter/director Sean Anders (for whom Dec worked as an assistant on Daddy’s Home 2 and Instant Family) and his writing partner John Morris — who told him to immediately take the short off the fest circuit.

“They wanted to turn it into a feature,” Dec says. “It was every aspiring filmmaker’s dream.”

Anders and Morris are among Countdown’s producing team, along with comedy veteran Robert Simonds. Given the backgrounds of its creators, it was inevitable that there would be a humorous component to Countdown, though Dec points out that it serves as leavening in a generally serious scare flick.

“I wanted this movie to be fun in the way that Scream and I Know What You Did Last Summer were fun for me when I was a teenager. I also wanted to give the audience a break between scares, using levity to release the tension so that I could build it back up again. In the end, I think we have a fun balance of horror, comedy and heart. There’s a real story in here about two sisters who have been pushed apart by death and need to come back together.”

Needless to say, Quinn isn’t the only one with a brief amount of time on the death clock. And despite Countdown’s PG-13 rating, Dec promises, “We don’t shy away from what happens when a character runs out of time. We also have a very adult-themed subplot that certainly pushes the boundaries for teens — but sadly isn’t anything they aren’t hearing about every day in the news.”

In fact, he says there’s more to the movie than just horrific entertainment, and that there are serious themes behind the chills.

“If you found out you were going to die in three days, what would be important to you? You’d re-prioritize your life and focus on what matters. That’s our main character’s arc, and hopefully it resonates. And the subtext of the film is that our phones are killing us. If we could find some balance again, put them down and be present, we’ll all lead healthier, happier lives. Get off your phone and talk to the person next to you; you never know how much time you or they have left.”

Beyond that, Dec also sees a positive message in the circumstances behind Countdown’s journey to the screen.

“The funny thing is that I had been sending Sean and John my comedy shorts for years,”he notes, “and they’d always responded with a supportive ‘Good work, keep it up!’ Then I sent them a horror short, and here we are. I guess the lesson is to take risks. If you have an idea that you feel passionate about, make it. You never know what doors it will take you through.”

Michael Gingold has been part of the FANGORIA family since 1988, when he began writing for the magazine. He became associate editor in 1990, quickly moved up to managing editor and eventually became editor-in-chief, and was an editor and writer for the previous FANGORIA.com website. He also contributes to Rue Morgue, Birth.Movies.Death, MovieMaker and Scream, both in print and online, and has written liner notes, directed bonus features and taken part in audio commentaries for Blu-rays and DVDs from Arrow Video, Vinegar Syndrome, Synapse Films, Blue Underground, Garagehouse Pictures and others. He is the author of 1984 Publishing’s Ad Nauseam: Newsprint Nightmares from the 1980s, Ad Nauseam II: Newsprint Nightmares from the 1990s & 2000s and Ad Astra: 20 Years of Newspaper Ads for Sci-Fi & Fantasy Films, FAB Press’ FrightFest Guide to Monster Movies and Rue Morgue’s Shark Movie Mania.