Exclusive First Look: GODZILLA CRASHES INTO MONDO WITH A NEW WAVE OF ART 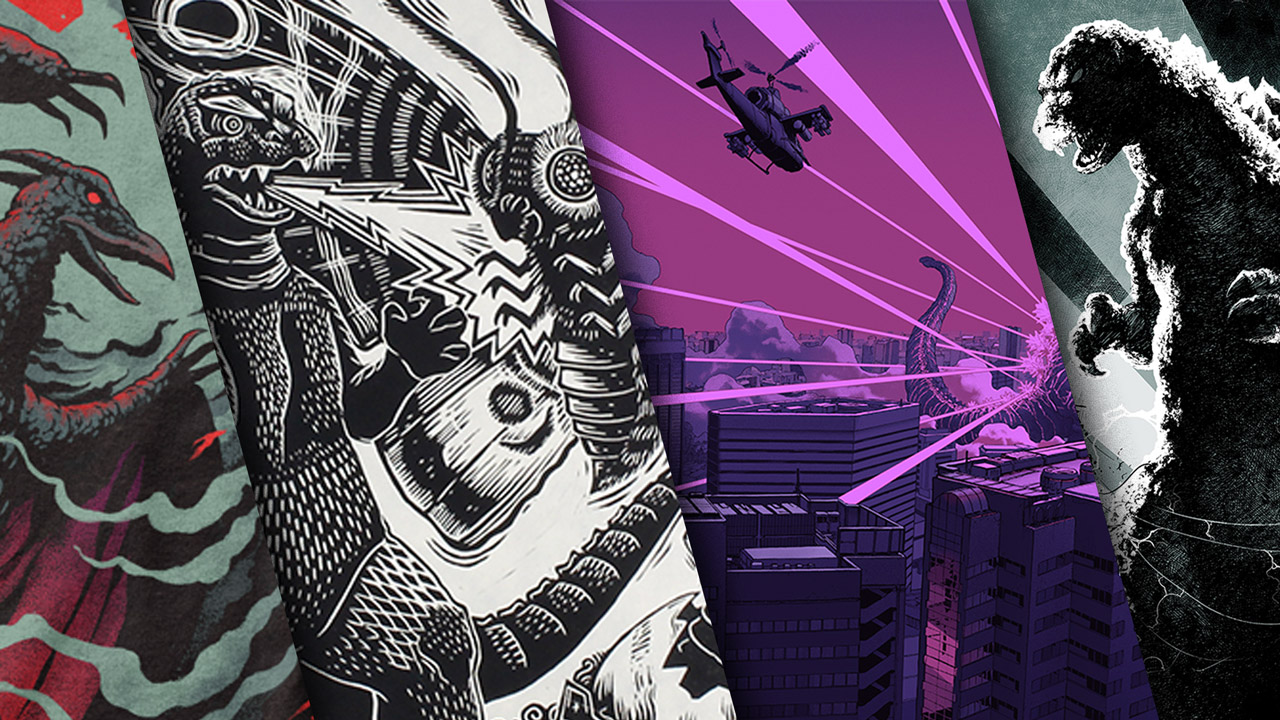 Exclusive First Look: GODZILLA CRASHES INTO MONDO WITH A NEW WAVE OF ART

Since 1954, there’s been one constant in pop culture: the ever-living endurance of the god of destruction: Godzilla.

Whether fifteen films of the Showa Era (1954-75), seven installments of the Heisei Era (1984-95), the American Godzilla remake in 1998 (which we try not to think about), or, in recent years, Shin Godzilla, the Netflix anime series on Netflix and Legendary Pictures reboot, Godzilla seemingly can’t be stopped.

(And, here at FANGORIA, the King of Monsters holds a very special place in our history since he was the first image on the cover of FANGORIA #1 way back in 1979.)

So it is a no-brainer that the wizards at Mondo have put together an artistic celebration of The King of Monsters, with a special Godzilla showcase, in partnership with TOHO.

Wave 1 featured some incredible works by artists Tom Whalen and Oliver Barrett, and now we have an exclusive look at Wave 2, which is even bigger, and being unleashed on Tuesday, March 24.

With three brand new posters and two killer shirts to celebrate the kaiju king, Wave 2 consists of works from Eric Powell (comic writer / artist of The Goon), Becky Cloonan, Robert Sammelin and Attack Peter. And we have your first look:

First up is Eric Powell’s art for Godzilla (1954), with the original radioactive monster as he crashes through Japan. This art comes in two versions: an English-language edition, and a variant (with Japanese writing and different colorway).

Next, we have Robert Sammelin’s piece for Shin Godzilla (2016), the Japanese TOHO reboot of the franchise. Showcasing two versions of Godzilla in Japan as he wreaks destruction on the city, there is a regular edition with English credits and a variant with Japanese credits (and Godzilla firing beams from its dorsal plates!)

The last print we have to debut is Mothra Vs. Godzilla (1964) from Attack Peter, which is a piece of handcrafted linocut artwork printed on Lokta paper. Peter specializes in handmade block prints that have a very unique style, influenced by traditional imagery from Thailand and American traditional tattoo flash art. In other words: very, very rad.

Below are some are some photos of the in-progress woodblock Attack Peter sent us to show. Once again: very, very rad.

In addition to the print, Mondo has also put this fantastic art on a shirt, which will also be available for purchase tomorrow.

Rounding out Wave 2 is a new shirt by the incredibly talented Becky Cloonan. In the same style as her previous kaiju shirt for Mondo featuring Gigan (which I wear constantly here in the Fango offices), she has illustrated the iconic flying kaiju Rodan (aka Monster Zero-Two).

All prints and shirts drop tomorrow, March 24, on the official webstore for Mondo’s “The Drop.”

Jason Kauzlarich is the VP of Creative for FANGORIA.
Designer, Poster collector and Pokémon Trainer. Follow him at @JasonKauz on Twitter.