Body swapping witches in Macedonia and a meditation on what it is to be human. 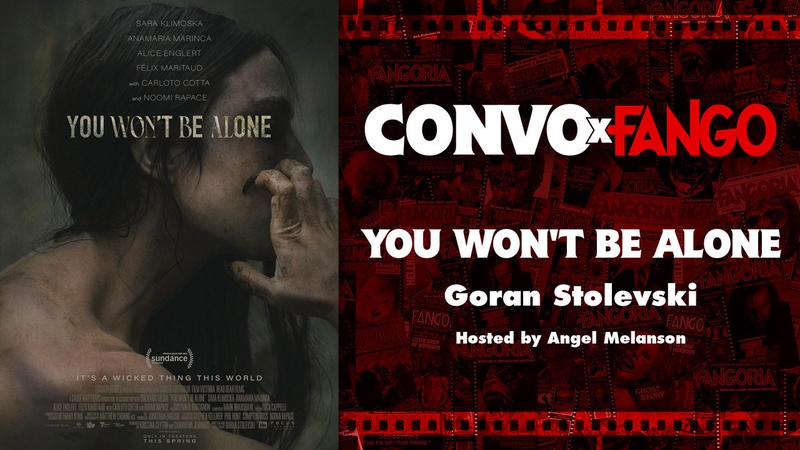 Body swapping, shape-shifting, and some of the coolest original witchy lore we've seen in recent memory. Goran Stolevski's dark fairytale follows a young girl in 19th-century Macedonia as she is kidnapped and transformed into a witch. As the film plays with perspective, it examines the darkness (and the light) within the human world with a curiosity that lends itself to a meditation on the world we inhabit. When the young witch accidentally kills a nearby villager, she assumes the victim's shape and lives life in her skin as she learns to navigate her newfound powers. Writer-director Goran Stolveski stopped by to chat with FANGORIA ahead of the You Won't Be Alone Sundance premiere. Watch the full interview below.

You Won't Be Alone World Premiered at the Sundance Film Festival and will be in theaters April 1, 2022 (no foolin')