Watch This Exclusive Clip From PRETTY BOY, Coming To FrightFest This Weekend

Hot off a Popcorn Frights world premiere, Pretty Boy will head to London this weekend for its international premiere at FrightFest. Director Marcel Walz first gave us a taste of the titular masked character at FrightFest 2020 with the short film Blind. Pretty Boy, the blood-thirsty masked killer is back for some more glamour, glitter and guts, this time for a full feature-length frenzy. Described as a "campy horror gore-fest from the helmer of the Blood Feast remake", this time "Pretty Boy takes sight-impaired actress Faye from her Hollywood Hills home to gain access to an A-List Valentine’s Day party. But soon the party becomes massacre central as our handsome maniac runs amok amongst the disco lights and Beautiful People with his trusty butcher’s knife." Check out our exclusive bloody clip below.

For the feature, Walz says, "We decided to focus more on Pretty Boy. Screenwriter (Joe Knetter) and I wanted to spend a lot of time with him throughout the film to make it more of his story. Blind (2020) was inspired by ‘70s horror, it was a slow burn like the original Black Christmas. Pretty Boy is heavily ‘80s inspired and a love letter to all our favorite slasher franchises we grew up with!” 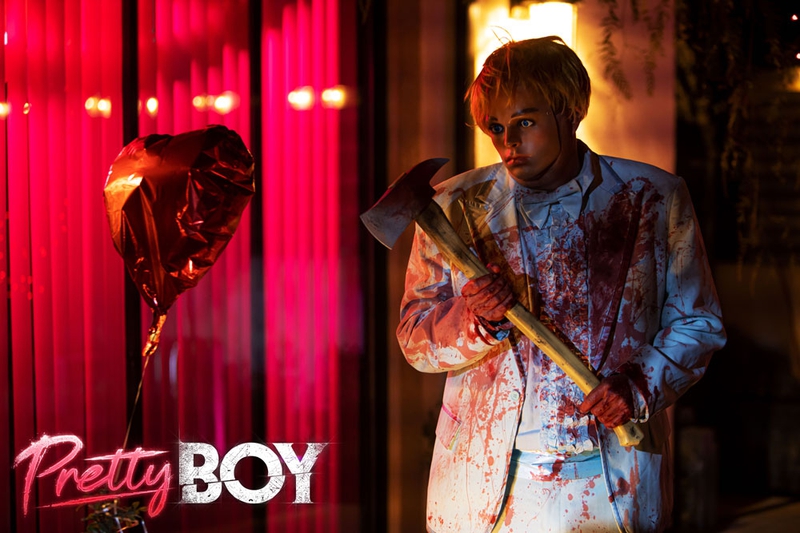