Exclusive: AN AMERICAN WEREWOLF IN LONDON Gets a New Vice Press Print 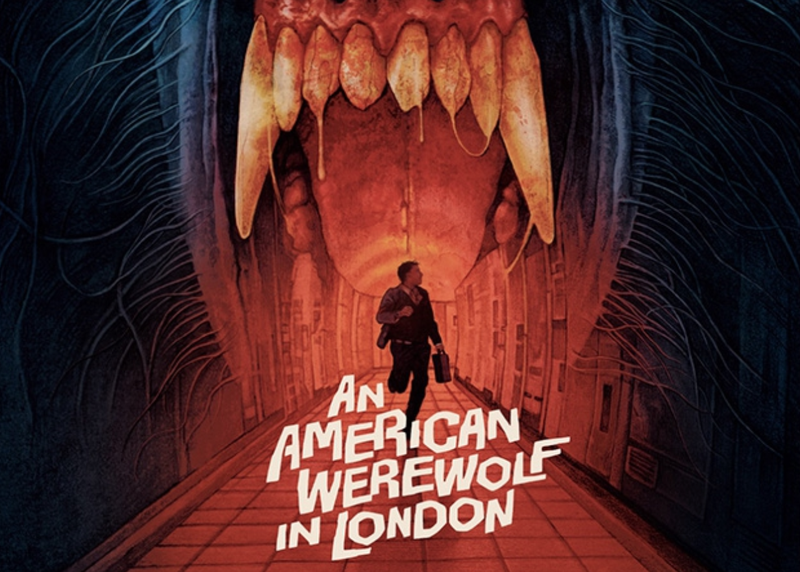 AN AMERICAN WEREWOLF IN LONDON by Gabz

Just in time for the 40th anniversary of John Landis' lycanthropic masterpiece An American Werewolf in London, the folks at Vice Press have given us an exclusive look at their terror-inducing new print celebrating the film! Gorgeously illustrated by fan-fav artist Gabz, the 24x36 inch poster evokes the iconic scene where businessman Gerald Bringsley (actor Michael Carter, who played Bib Fortuna in Return of the Jedi) is chased through the London Underground's Tottenham Court station by the eponymous hairy beast. Unlike the film scene, where the creature is mostly embodied in Steadicam POV, this chilling print puts you face-to-face with Rick Baker's Oscar-winning creation in all its drooling glory. Get your first look at the print (and its yellow variant) below before it goes on sale –and likely sells out tomorrow! 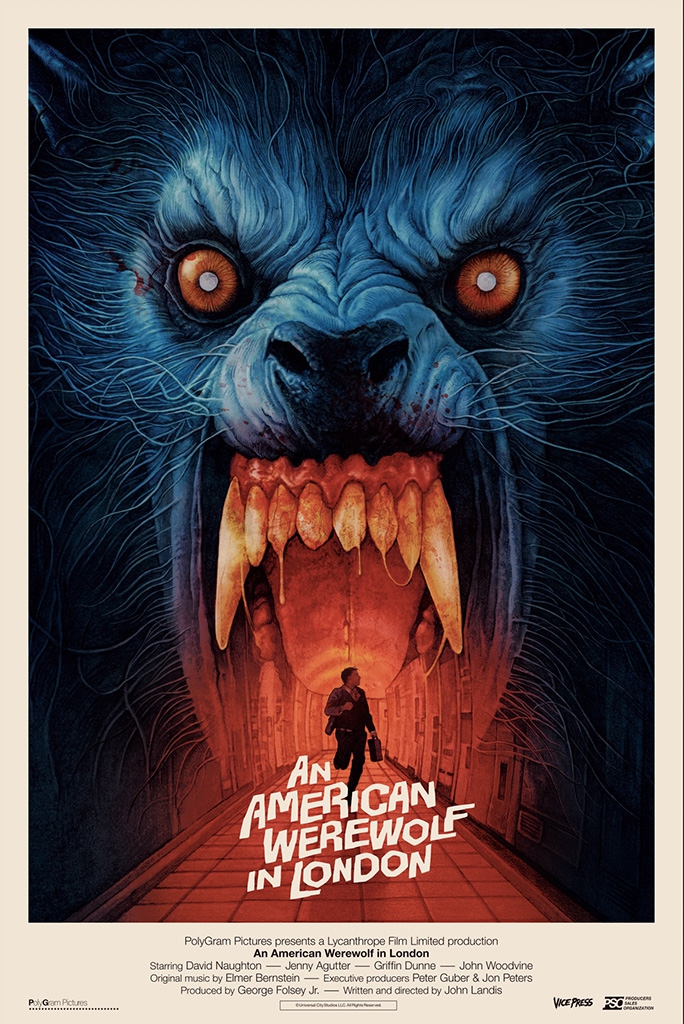 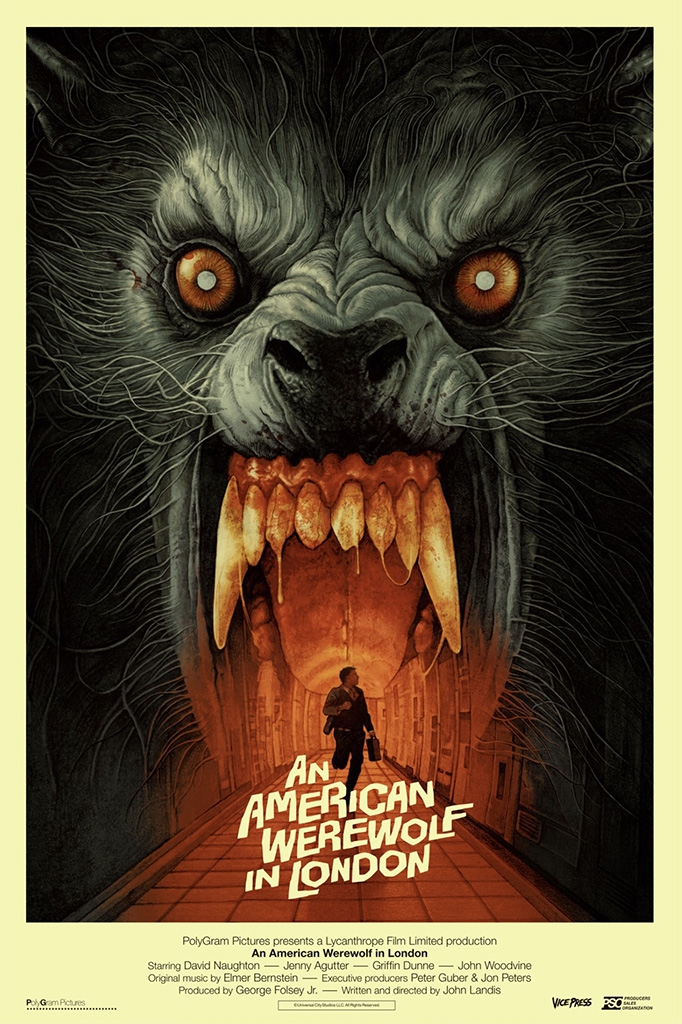 In collaboration with Brooklyn's Bottleneck Gallery, Vice Press' limited edition officially licensed An American Werewolf in London screen print will be available in a regular edition of 250 and variant edition of 150. Both will be released exclusively online at 1 pm EST/6 pm BST on Thursday, August 12th. Priced at £49.99/$65 for the regular and £54.99/$70 for the variant, these prints will ship worldwide and will be available at www.Vice-Press.com.

The artist Grzegorz Domaradzki (aka "Gabz") is a graphic designer based in Poland. Clearly a genre enthusiast, he has previously created posters and illustrations for horror classics like Alien, The Thing and The Silence of the Lambs. Based in the UK and co-founded by renowned artist Matt Ferguson, Vice Press is known for producing officially licensed, limited edition art prints, screen printed posters and merchandise for cult and mainstream movies, including a longstanding partnership with John Carpenter.

An American Werewolf in London was unleashed in cinemas nearly four decades ago on August 21, 1981. The classic about an amiable American backpacker (David Naughton) cursed to become a bloodthirsty werewolf famously blended comedy and horror with equal weight. A pet project of Landis (Masters of Horror, Innocent Blood), who wrote the script as a teenager, the film earned $62 million upon initial release and earned FX maestro Rick Baker the very first Academy Award for Best Makeup. It has gone on to influence many genre filmmakers, including Shaun of the Dead's Edgar Wright.