Diversity Win! 68-Year-Old Armenian-American To Take On Christian Slater's Role In INTERVIEW WITH THE VAMPIRE Reboot 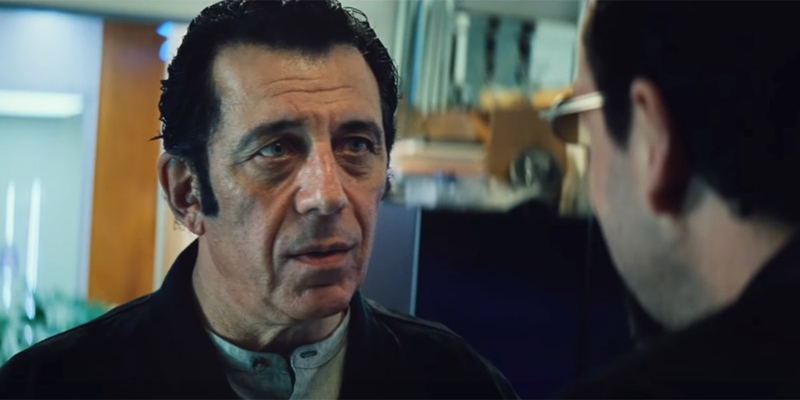 There’s an entire generation out there who might only know Eric Bogosian from Succession or Billions, or as the menacing bookie/brother-in-law Arno from Uncuh Jaaaaaaaamz. He’s great in all these recent roles, but I implore you to dig up Oliver Stone’s Talk Radio, or some of Bogosian’s one-man shows from the 1980s. Bogosian has been an electric presence for decades, and his involvement in any project is cause for excitement.

Today’s cause for excitement is the news that he’s joining the cast of AMC’s Interview with the Vampire reboot, and he’s playing Daniel Molloy, the conductor of the eponymous q&a. In 1994, that role was filled by Christian Slater, who’d stepped in for the recently deceased River Phoenix. At roughly 44 years older than Slater was when he played the role, Bogosian’s age is very much a factor, according to Variety. Molloy is described as “an investigative journalist nearing the end of his career who’s given a second chance at the interview of a lifetime.” It would have been so easy to pop some CW hottie in that role as it was originally written (author Anne Rice simply called him "the boy" in the novel). Love this pivot; love when a horror property recognizes that we share the earth with multiple generations!

It’s no secret that we at Fango are pro-mature people, and showrunner Rolin Jones seems to get it as well: “I count Eric Bogosian as one of the half dozen artists who made me want to do this for a career. He is, for me, the dented car fender of the American Soul and I can think of no better actor/writer alive to play this role. I’m in total frothing geek mode about his casting.”

The first season of Interview with the Vampire will debut on AMC later this year.