Director Chris Sun On The Aussie Exorcism Movie THE POSSESSED

The star of WOLF CREEK is now casting out demons. 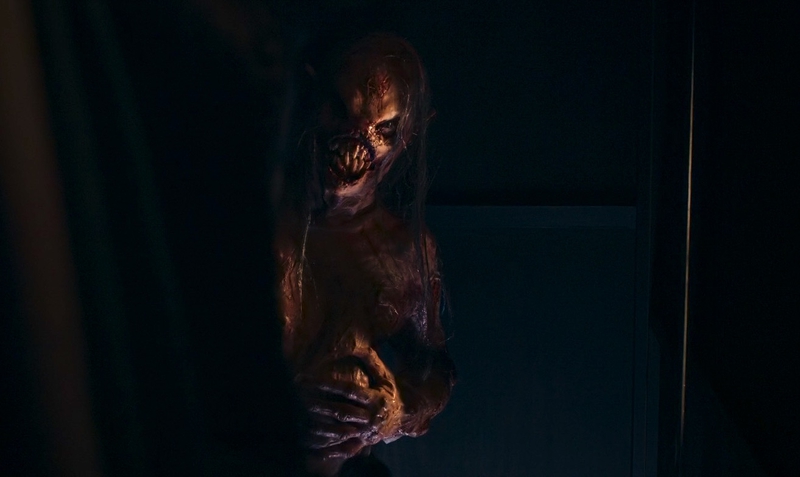 Australian filmmaker Chris Sun is known for gritty stories of human and animal horror such as Daddy’s Little Girl, Charlie’s Farm and Boar. Now he has ventured into the supernatural with The Possessed, which Scream Factory releases to VOD/digital platforms, Blu-ray and DVD October 18.

John Jarratt, from Boar and the Wolf Creek franchise, stars as Jacob Chandler, an otherwise ordinary man with a gift for “clearing” demons from human hosts. Joined by his nephew Liam (Lincoln Lewis), he finds himself called upon to purge an increasing number of possessees—and one case will particularly test him, as well as Liam’s new girlfriend Atalie (Lauren Grimson), who has powers of her own. Also starring Aussie reality-show regular Angie Kent, The Possessed (scripted by Sun and Kirsty Dallas) itself has a real-life basis…

What true events is the movie based on?

Where we live in Australia, there is a small town up in the mountains where a chap named Mark [Gardener] lives. Mark is an exorcist and has performed over 1,000 clearings over the last 20 years. We met Mark—or, as he is known to his friends, “The Accidental Exorcist”—back in 2019 while we were filming our reality show The Darkside Downunder. We interviewed Mark and had him perform a clearing, which was fascinating and certainly not what I was expecting. In fact, a few weeks later, Mark performed a clearing on me, but I don’t think it worked; I’m still quite fucked up!

Seriously, though, this man is out of this world, and came to me in early 2020 asking if I would be interested in making a film based on him and some of his clearings. Of course, I jumped at that chance, and from that, The Possessed was born. Obviously, I’ve added lots of FX and monsters to the story and the clearings, creating what I believe to be an original take on the exorcism genre. In most such films, there is a priest or someone from the church performing the exorcism; here, we have a man wearing Hawaiian-style T-shirts performing the clearings. Also, Mark mostly works alone in real life, but I added a few extra characters into the mix for entertainment purposes.

I used CGI for when demons are pulled from bodies, though I created practical demons and makeup where I could. I was partially inspired by Constantine, and despite the microbudget, I really wanted the audience to see what was happening in each clearing, and what each demon looked like.

Does The Possessed represent a new direction in horror for you?

Absolutely, so different from what I have done in the past. A few people may be like, “WTF; what have you done with the real Chris Sun? We want more blood, bring him back [laughs]!” My past films are known for practical FX and comedy, so fans will be happy we have shitloads of both in the film. There are other elements from my past work that people enjoy that did not make it into The Possessed, but I think people will see past this and enjoy this film for what it is. 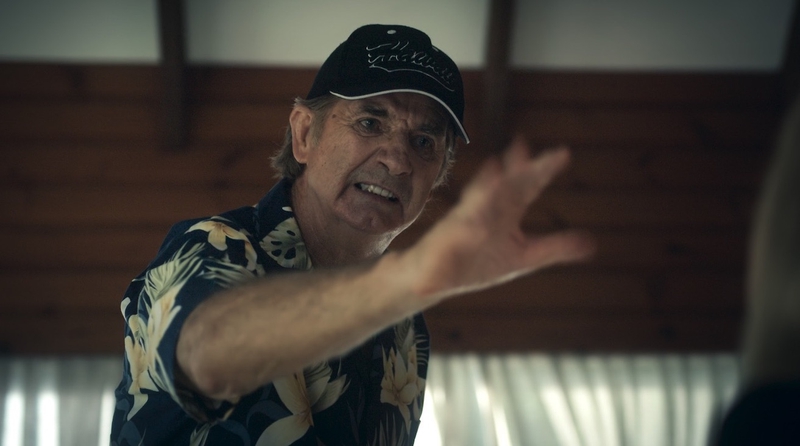 Is Jacob a different kind of role for John Jarratt?

Yes. John and I spoke many times about his character and how demanding it was for him. John has played many different characters over the years, though the one we mostly know him for is Mick Taylor from Wolf Creek. His character in The Possessed was completely alien to him, and the things I would ask him to do and put his body through were pretty out there. He would have to throw himself around, gag, scream, yell over and over again because in real life, Mark pulls the demon from the victim’s body into himself, and then he has to take it outside and send it back to hell. So John had to perform not only the clearings, but sending the demons back into the earth, so it was like doing the same process as the clearing, but even more intense on his body and throat.

One day we were shooting and I asked John to do this scene multiple times. The hard part was it was always one long take, so he had to scream and yell for nearly two minutes straight, sending a demon back into the ground. Just when John thought he had finished the scene, I asked for one more take. I just knew he could push it that little bit more. John was definitely frustrated, tired and worn down, but he was such a pro that he hopped up off the ground and did it one more time. This is the take you see at the end of the film; he absolutely smashed it, and when you see him collapse, he really did collapse; he was done. He hugged me after; we were both emotional, and I will never forget what he said: “Chris, you were right, fuck me, you were right, thank you for pushing me. I’m 68 years old, and I have never done anything like this in my career before, and I thank you for allowing me to do this.”

I love working with John. I’m a fan of his, and he truly supports me and my career. He is one of Australia’s greats, and what an honor to have him involved in The Possessed.

How did Angie Kent come to be cast in the film?

Angie auditioned for the film through my PR management; she’s repped by the same team as I am. She did a video audition due to COVID and had to do the Blair Witch monologue, and she blew me away. She really gave it everything she had, and I was like, “Holy shit, Angie is a great little actress.” So I gave her the role of Nadine; she is a fun person in real life, so the role was perfect for her, and she nailed it.