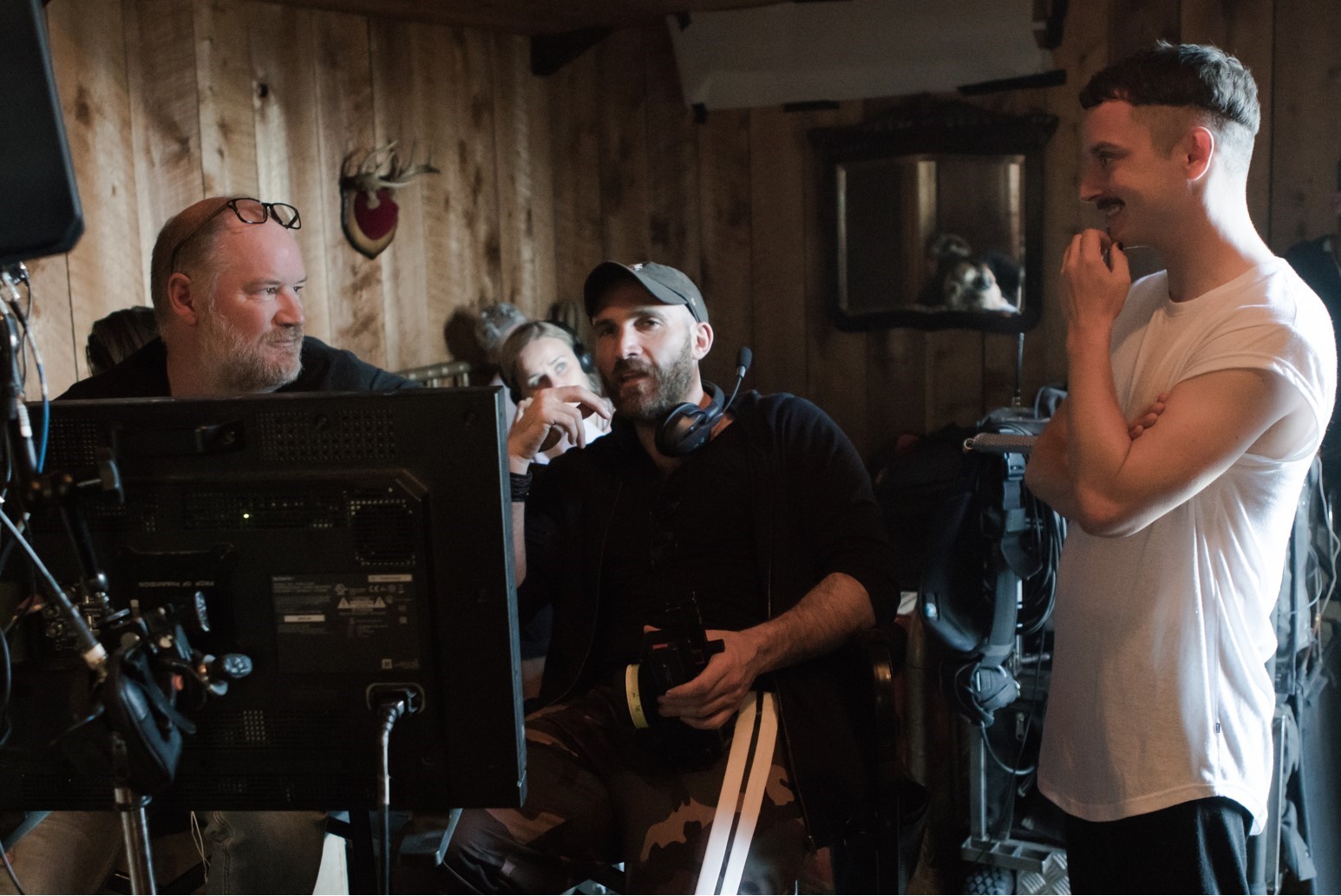 As his father was awaiting burial, Timpson says he had “a very strange, unusual, cathartic quiet day with him, and had all these things in my head that I wanted to talk to him about.

“So, there was all these conversations I was supposed to have that I didn't, but I had to control my fears, and from that experience, I felt like I wanted to ... I felt like life is really short. I really want to make something.”

Those rollicking emotions inform that “something,” the genre-bending, highly entertaining Come to Daddy, which twists and turns and twists some more. It’s not as if you were not warned: The movie begins with two quotes, a call and response between Shakespeare and … Beyoncé (which replaced one from “a problematic artist”; could it have been R. Kelly’s and “You remind me of my Jeep”? Insert thinking emoji here.).

Read: Joe Bob Goes to the Drive-In with 'Come to Daddy'

Basically, the title card means put on your seatbelts, because you’re about to have some serious fun.

“First off, I hate quotes as a part of films. I just hate them. So, it took awhile for me to get my head around actually having them ... Because originally, the idea of using them to kid the audience up straight away to identify with the type of film this was going to be  -- ‘Hey, it's okay. It's going to be fun, so don't stress,’ Timpson says.

“So, it was really the Shakespearean one was always going to be there, and then we went through quite a few for the second one … The Beyoncé one I came across and just thought that's going to work on so many levels for us, and it has. It's done its job really, really well. So yeah, we had a lot of fun.”

But Come to Daddy, out now in select theaters, on VOD, and digital, and on Blu-ray on March 24, is about much more than fun, which you’ll have in abundance. This is a family drama, wrapped warmly in genre, then nestled in an adventure.

And so, it begins with Norval, played by Elijah Wood. We meet Norval as he’s getting off a bus in a rural area, dragging along a suitcase that’s – wait for it – twisting and turning.

Ah, there’s so much to see here. Noah is wearing a wide-brim hat that’s promptly blown off as he wanders down the road; he’s aimless. His haircut (!!!) and mustache scream, “Look at me. But … Don’t. Look. At. Me”; he’s a hipster. His clothes, oh the clothes; he’s a big-city rich boy – witness his (real, Bruno Mars-type) gold limited-edition cellphone.

Anyway, Noah is there at his father’s request to visit an even farther out-of-the-way house on stilts by the water. And our adventure begins, with an awkward meeting between father and son that turns into something else -- that’s scary and bloody and kind of heartwarming and then scary and bloody again ... you get the picture.

Wood, who lately has been a producer on some fine films through his shingle, SpectreVision, only had one job this time. And he’s in nearly every frame of the movie. No problem.

“What I love about being an actor, what I love about filmmaking, is the collaborative process and working with different people on a piece that you’re excited about, that you’re all on the same page about, seeing that thing come to life in the way that you all imagine it come to life,” Wood says. “So, I’ve never really thought of myself as strictly just being an actor and try to fulfill my role, but rather wanting to just … If there is any way for me to help in any other way or other capacity, I’d want to be of help and a part of the team creatively.”

Wood, who felt it was “an honor” to tell such a personal story for the director, and Timpson formed a partnership that bleeds through the movie. Trust had to be at play, because the tonal shifts in Come to Daddy are glorious and unexpected. But for Wood and Timpson, well, that’s how they wanted it. And the movie (and its director and star) trusts that the audience is along for the ride.

Says Timpson: “I really hate that whole philosophy that you have to over-explain. … I do remember pushing and push-back.”

Timpson, used to producing, was in a state of hurry throughout shooting his directorial debut. He says he felt pressure to just get it right – and fast.

“I just remembered rushing quite a lot, and I remember Elijah doing [a scene], and … I was just like, ‘Yeah, we got it. Let’s move on.’ Elijah was like, ‘Are you sure?” really early on because I felt pressure of just let’s get this done because you look at what you had to shoot each day and you just freak out. So, it took awhile to get into that rhythm of having the confidence that we were going to get what we needed and to rely on the expertise of others you assembled. Well, we had a really great team,” Timpson says. (Wood agrees: “It was a great team.”)

“The idea of a producer is really working with a lot of people and having the ability to really bring everyone onto a project and get excited about it. Well, the director does that as well, and there has to be safety in that vision. It's just more focused, and there's more weight on that at one moment in time. So yeah, that's really, probably, the easiest way for me to describe it.”

All that, and there’s still this: Just who was the problematic artist whose quote didn’t make the cut?

Timpson laughs: “I’m taking that one to the grave.” Almost where he started.

Dawn M. Burkes is Editorial and Publishing Coordinator for FANGORIA , Cinestate, and REBELLER. The longtime journalist has been a five-tool player for The Dallas Morning News, The Atlanta Journal-Constitution, USA Today, and Miami Herald, among other media organizations. She has also written for Urban Arts Magazine, OurselvesBlack.com and The Dallas Observer. She hosted a podcast, "From the Hip." Go ahead: Make her day and @ her on Twitter: @DawnBurkes.