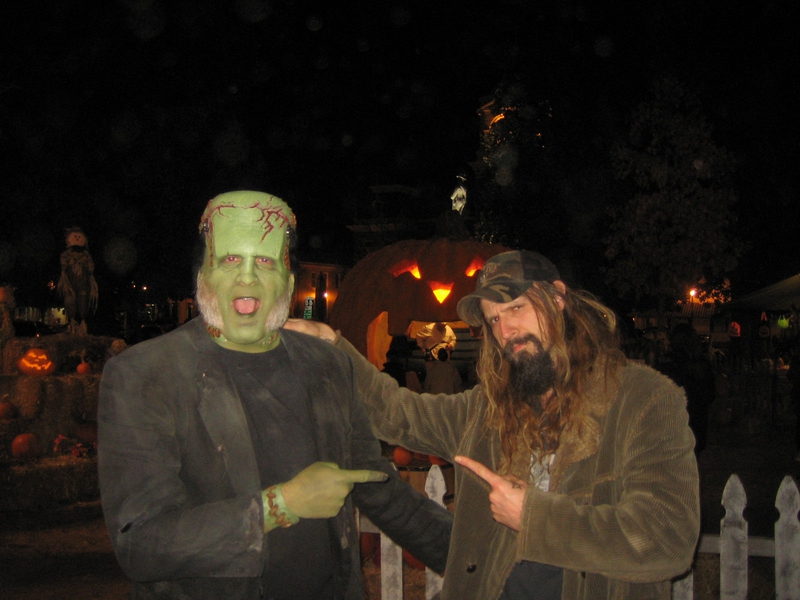 The Munsters, the beloved '60s horror sitcom about a monster family moving to Suburbia, is getting a reboot. This Halloween season, filmmaker Rob Zombie blew up the internet when he released a shot of his take on the classic sitcom of the optimistic Frankenstein Herman Munster, his lovely vampire wife Lily, and her father, the legendary Sam Dracula. Jeff Daniel Phillips will step into Herman's large shoes, Sheri Moon Zombie is Lily, and Daniel Roebuck will play Grandpa.

Roebuck, a busy character actor who has been in everything from Harrison Ford's Oscar-winning The Fugitive to the original Final Destination and TV series like Matlock and Nash Bridges, is excited about his next role. "It's always great to work with Rob, and I loved The Munsters TV series as a kid--anything made about monsters by Universal Studios had my undivided attention anyway,," he professes, "but I loved the show because it had my two favorite things, monsters, and comedy.

"The Munsters had this great comedic duo at the center of the show, Fred Gwynne as Herman and Al Lewis as Grandpa. The Munsters was born the year after I was, 1964. And at about age six, I became addicted to the reruns of it." 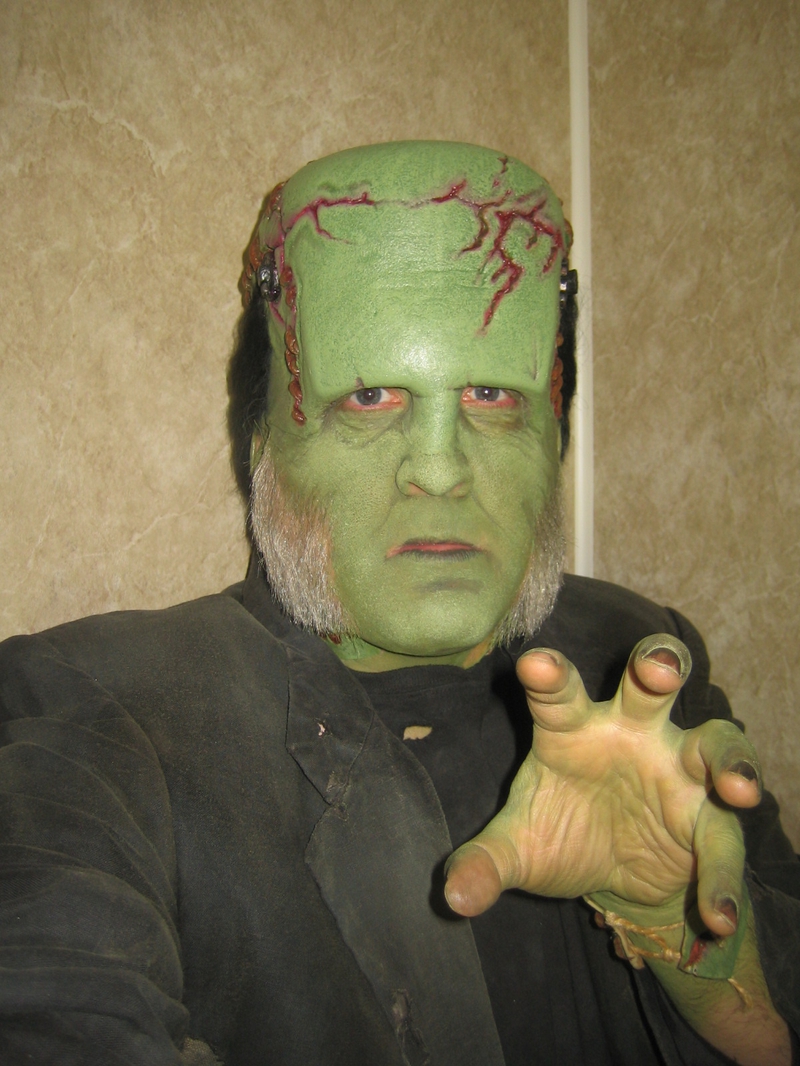 "Once I found The Munsters, I never stopped watching them...Not because I'm playing Grandpa Munster, but because I have always watched The Munsters! So I feel I'm the right guy to play Grandpa Munster." Roebuck feels The Munsters had an interesting message for its original viewers. "The best episodes of the series were about the Munsters trying their best to fit in, or trying to join a country club. I think you don't appreciate when you see the show now is that it's a commentary about the America that we were living in."

"The Munsters become a stand-in for people who wouldn't be allowed to join a country club at that time. The Munsters are the nicest people in the neighborhood, but everyone is afraid of them—that's interesting social commentary for people watching in 1964. The Munsters are a loving family, but because they look different, they're not allowed in the country club, the rodeo, or grocery store. That's an interesting metaphor for viewers to be exposed to in 1964."

"The core concept of The Munsters is a happy, normal family of monsters trying to live in the modern world, " Roebuck observes. Ironically, when he did the comedy Disorganized Crime, he got to work with Herman Munster himself, Fred Gwynne. "Fred was famous for NOT talking about The Munsters, but when you've got the blessing of doing a movie together, you can ask." 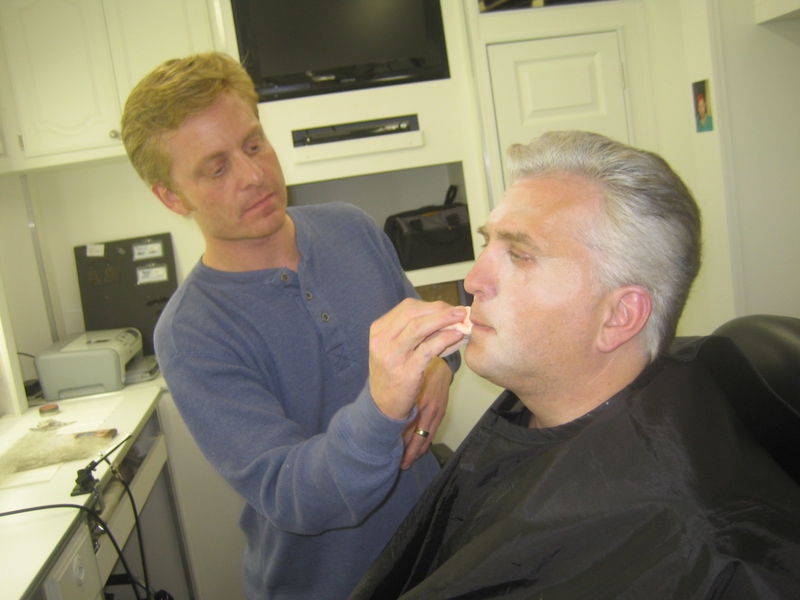 "Young actors don't talk about Meisner or Stanislavsky techniques with older actors; no, we talk about anything else. On Matlock, Andy Griffith and I used to talk about what we were doing that weekend. He'd go out on his boat and express confusion over me buying Universal Studios monster toys. I asked him, 'How many duck decoys do you own?' He said 'hundreds. ' I said, 'that's how many Frankensteins I own!'"

"So on Disorganized Crime, Fred Gwynne and I were sitting around between shots. I learned two things. The first is it was a lesson in comedy, the second, it was a lesson in humility." The young actor observed the star of The Munsters carefully. "I don't know if he was making fun of me, but he said to me, 'Danny, I don't understand comedy, you do.' But in reality, nobody knew comedy better than Fred."

"Fred would play jokes on you because he was the smartest guy in the room. Fred was always funny and very sarcastic. And if you could direct sarcasm back at him, he'd give you the finger and laugh, so I can proudly say, I was given the bird by Herman Munster! It was all in good fun." As a Munsters fan, he found "when 'Fred and I were talking as two actors, I could ask him about The Munsters. That was a better way of breaching the subject than saying to him, 'My favorite episode is the one where you paint the stripe through the middle of the house!' You're talking about creating a character, and he respected that."

"I told him I thought Herman would go down as one of TV's great American Dads, but he didn't see it that way. He just remembered having to go through all the makeup. On the show, his relationship with Eddie is interesting, because sometimes he's the child and Eddie's the parent."

"I loved the interplay between Herman and Grandpa. The show had a bigger influence on me than I realized. When I did my comedy-horror character (Roebuck's horror host character)Dr. Shocker, I even had the same haircut as Al Lewis as Grandpa on The Munsters!"

He, Sheri Moon Zombie, and Jeff Daniel Phillips have all been in previous Rob Zombie films; The Munsters movie will reunite them. "I'm really excited to work with Sheri again, based on our past film experiences together. Sheri's just dynamite, I'm such a fan of hers, and it will be a fun film to do." On rejoining his co-star Sheri Moon Zombie on screen, Roebuck says, "I think in previous films, Sheri and I were too interesting to put in a scene together. We had a scene together in Halloween that got cut."

"Obviously, the Munsters information has to come from Rob 100%, but I'm excited to play such an iconic character."The new film excites him "because my heart has always been in horror, and there's no director in Hollywood that I have worked with who is the artist that Rob Zombie is. He doesn't just write and direct the movie. If he doesn't like how a wall is painted on set, he will go and repaint the wall himself!"

"His eye is so keen to make the frame perfect. I have never known a director with such a deep eye for detail. I mean, look at Lords Of Salem—that movie was perfect!" The actor is just excited that his cinematic band is getting back together.

"I like working with the artist that Rob is, and I serve at the whim of my director because it's the director's movie, and I'm there to give him what he wants." As for the film's leading lady, "I love working with Sheri as an actor. I look forward to being in a movie with her where we have more to do together." Roebuck has "always tried to be an actor that people can count on. I show up, I know my lines and don't do drugs—I feel God has given me a gift to create these characters." 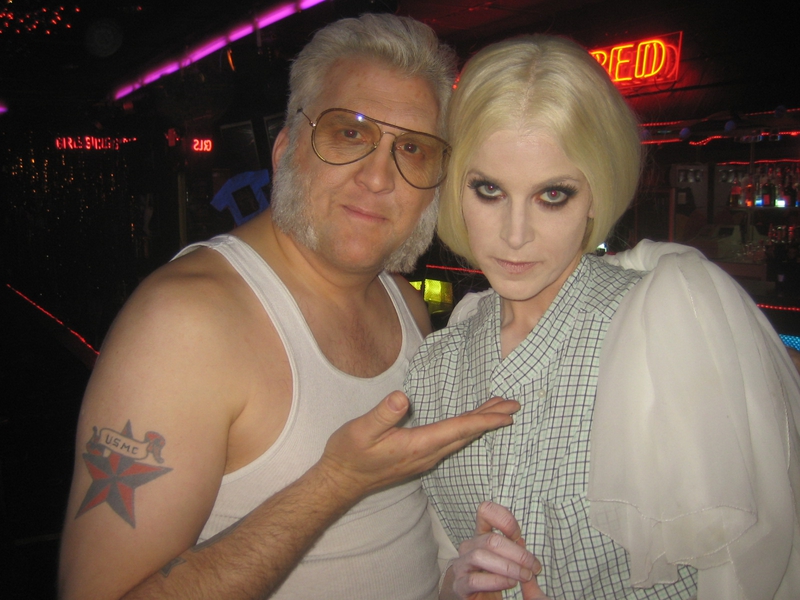 Does he have a favorite role in his previous collaborations with Rob Zombie? "Yes, actually! He really let me play a lot in Halloween II, when I played Big Lou, and I really enjoyed that. As Lou Martini, he had me playing a twenty-year older version of me, so I ended up looking just like my father, who actually came to set when we were shooting in Connecticut."

"People on the set who saw us together were surprised to see how close the makeup was in our resemblance. Douglas Noe designed my makeup for it and did a great job!"

"Rob knows me so well, he called me up and said, 'I thought your guy Lou should look like The Frankenstein monster.' When he said that, I started weeping, crying tears of joy," he laughs.

"Big Lou got to do a lot of stuff in Halloween II—dress as Frankenstein, do that commercial—even get killed by Michael Myers! I got to do a little ad-libbing in the context of what Rob created; he wrote that commercial in the movie for me. As I said, I always look forward to what he's gonna do next!" 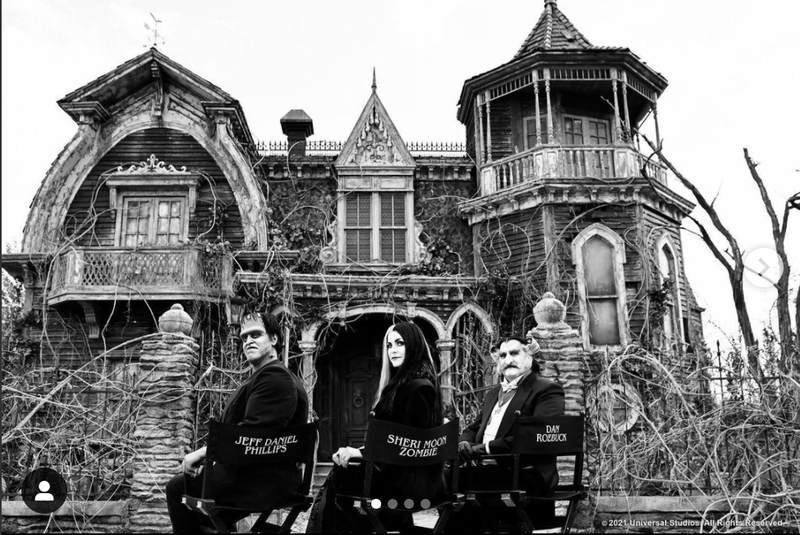 No official release date has been announced just yet, but it's reported The Munsters will have a simultaneous hybrid theatrical and digital release on Peacock, similar to Halloween Kills.