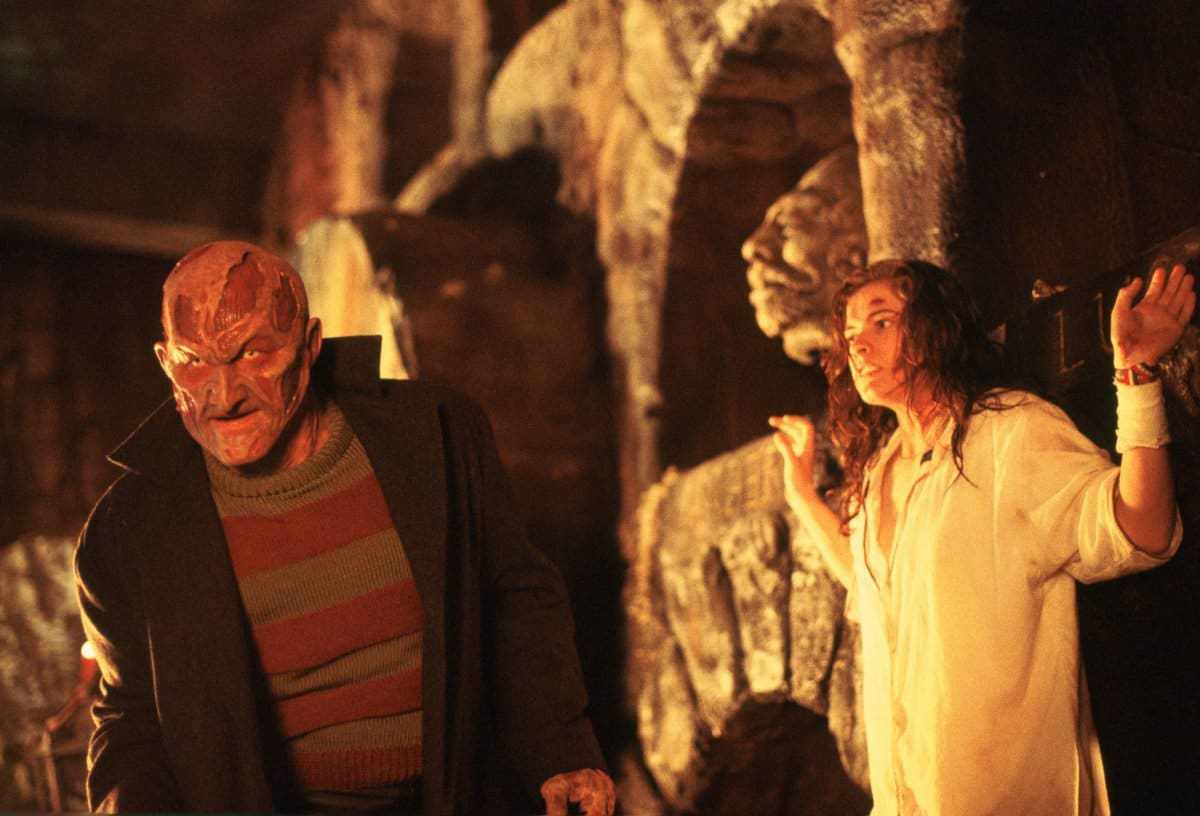 es Craven made a huge mark on the genre when A Nightmare on Elm Street opened in 1984, and the world was introduced to Freddy Krueger (the great Robert Englund). When he returned to the Elm Street series ten years later, Craven found a way to reinvent one of the most significant horror franchises of the 1980s and to make a powerful statement about the importance of stories and the people telling them.

New Nightmare is noteworthy for a number of reasons: the way it breathed new life into the dying Elm Street franchise; the way it brought its own meta-analysis into the slasher subgenre; and the poetic way it brought Heather Langenkamp back to once again defeat Freddy. But perhaps the most fascinating aspect is the way in which Craven brought the Nightmare into our reality. Rather than keeping the story safely on the screen, Craven seamlessly brought it out of the theater or television and into our real-world space. He invited viewers to not just watch the latest chapter of Freddy Krueger, but to connect with it in a very real way.

Though the film is obviously a work of fiction, Craven bends the fourth wall by setting his new film in the “real world.” We see Heather Langenkamp playing a version of herself, rather than the fictionalized character of Nancy. Our setting is a Los Angeles in a world very much like ours, where the Nightmare on Elm Street series was a huge hit but it had slowly been dwindling until Freddy was ultimately killed off in the sixth (and presumably final) film.

In this story (one that very much mirrors her personal life), Langenkamp is a working actress, married to a special effects artist and raising a son, Dylan (Miko Hughes). Her happy life has been experiencing stressors as of late, with a crazed Elm Street fan calling her house at all hours and a series of earthquakes plaguing the City of Angels. Strangely, she begins connecting these happenings with her onscreen nemesis, Freddy Krueger. Her stalker’s voice on the phone resembles Krueger’s voice and she has been having increasingly frightening nightmares about the character.

Things get even stranger when she receives a call from New Line Cinema about a new Elm Street movie and learns that Wes Craven (played by himself) has been quietly writing a new script. When she meets him to discuss the contents of the screenplay, he reveals that his story is being guided by his nightmares. He said that Freddy (in his new script, and presumably, in real life), is an ancient demon who has wandered the earth for centuries.

Every so often, this entity is imprisoned within the confines of a story, something that terrifies people and holds their imaginations. Here, it has been trapped for years as Freddy Krueger in the Nightmare on Elm Street film series. When the series ended, the Evil was released. But the spirit isn’t ready to move on. It has grown fond of embodying Freddy Krueger and has decided to cross the divide into our world, to permanently manifest as the character here.

The evolution that the character undergoes in this film helps to make him more than just a nightmare monster. By making Freddy an actual demon, he can be anywhere. He transcends space and time. So, when Craven says that this evil entity has been held prisoner in the Nightmare on Elm Street series and is now trying to push through into our world, it is a statement that is not just applicable in the story we are watching, but in our own space as well. The divide between fantasy and reality has been breached and suddenly, Krueger is much more than a figure on the screen. This demonic entity, even more frightening in its lack of definition, is something that is a part of our reality and periodically finds itself trapped in the media that we consume. New Nightmare is imbued with a higher level of danger than we are used to, because it acknowledges the fictitious nature of most horror movies.

We always know, in the back of our minds, that we are safe on our couch or in our seat at the theater, and that the images we are watching are all pretend. Here, Craven attempts to take that notion away. The film acknowledges that not only is there a real world beyond the stories of the Elm Street series, but it tries to make us believe that the world we are watching in New Nightmare and the world we inhabit are one and the same. And it does so very successfully.

In the other Nightmare on Elm Street films, Freddy Krueger stalks his victims in their sleep, and uses their dream state to bring them into his world to be tormented and killed. Here, the monster that has become Freddy Krueger seeks to release himself from that dream space and come into our world. Instead of pulling his victims into his own space, he is instead pushing himself out into ours. It’s a distinction that greatly serves the notion of reality and the way that it is used in this film. When the characters are pulled into Freddy’s nightmares, they are traversing a fictional space. When Freddy is trying to push himself into our world, it is far more threatening. We no longer have the comfort of being able to say that we are just watching a movie, because here, the reality represented is meant to be our own.

To add to this notion of “real-worldness,” several changes were made to the design and look of Krueger. No longer covered in burn scars, we see a Krueger whose face and hands are instead covered skin that is pulling away to reveal muscle tissue underneath. On his right hand is still his famous glove, but instead of a handmade leather apparatus, it is made out of bone, terminating in his trademark blades. This makeup design is more organic and reminiscent of creation, rather than destruction. As a burn victim, Krueger’s skin was scarred and damaged, implying something being taken away or destroyed.Here, his design is more evocative of growth. Something being created or born, as Krueger tries to cross the divide between worlds.

Similarly, Freddy’s clothing has been altered slightly. Gone is the torn sweater and the tattered hat. His clothes (still in the classic colors of red, green and brown) are newer and undamaged. Rather than a bogeyman whose spirit has somehow survived the vengeful mob that burned him to death, we see a “newer” Krueger.

So why is this important? What is to be gained by bringing this story off of Elm Street and into our own space? As Craven himself explains to Heather, storytellers have been responsible for trapping the demon and holding it at bay.

“Every so often they imagine a story good enough to sort of catch its essence. And then for a while, it’s held prisoner in the story ... But the problem comes when the story dies. And that can happen in a lot of ways -- it can get too familiar to people or somebody waters it down to make it an easier sell, or maybe it’s just so upsetting to society that it’s banned outright. However it happens, when a story dies, the Evil is set free.”

Storytellers, as this film illustrates, play a universal role across time, space and culture. They keep us safe from the shadows that hover just beyond the firelight and tell us tales of how we might one day defeat the monsters hiding in the darkness. They share our history and warn us against impending danger. Here, in Craven’s film, they are the guardians. Though they are responsible for creating the monsters, they are also able to keep the monsters at bay. There was nothing inherently dangerous about the Elm Street series on its own. It was only after it ended that the evil was set free to wander. Here, Craven hopes to recapture it, and can only do so with Heather agreeing to once again to face him as Nancy.

Wes Craven made a mark on horror cinema with New Nightmare in a number of ways, but perhaps the most important is the way in which this film reminds us of the importance of stories and those who tell them. The horror landscape is vast and ever-changing but one thing that remains certain is our need to experience fear. The people who create and tell these stories do so in a way that helps us challenge our own sense of safety and face the notion of our own mortality, before guiding us safely back to the firelight. They give us the courage to face the things that hide in the shadows.

Emily von Seele hails from Seattle, where it rains a lot, which gives her plenty of excuses to stay inside and watch movies. She has written for Bloody Disgusting, Daily Dead, the Women in Horror Annual and Grim Magazine, and is co-host of the Dead Ringers podcast. You can usually catch Emily on Twitter (@horrorellablog),where she has been known to gab excessively about movies and tweet adorable pics of her two cats -- seriously, they are the cutest ever.