Celebrate 40 Years of 'The Shining' With Books, Socks and More 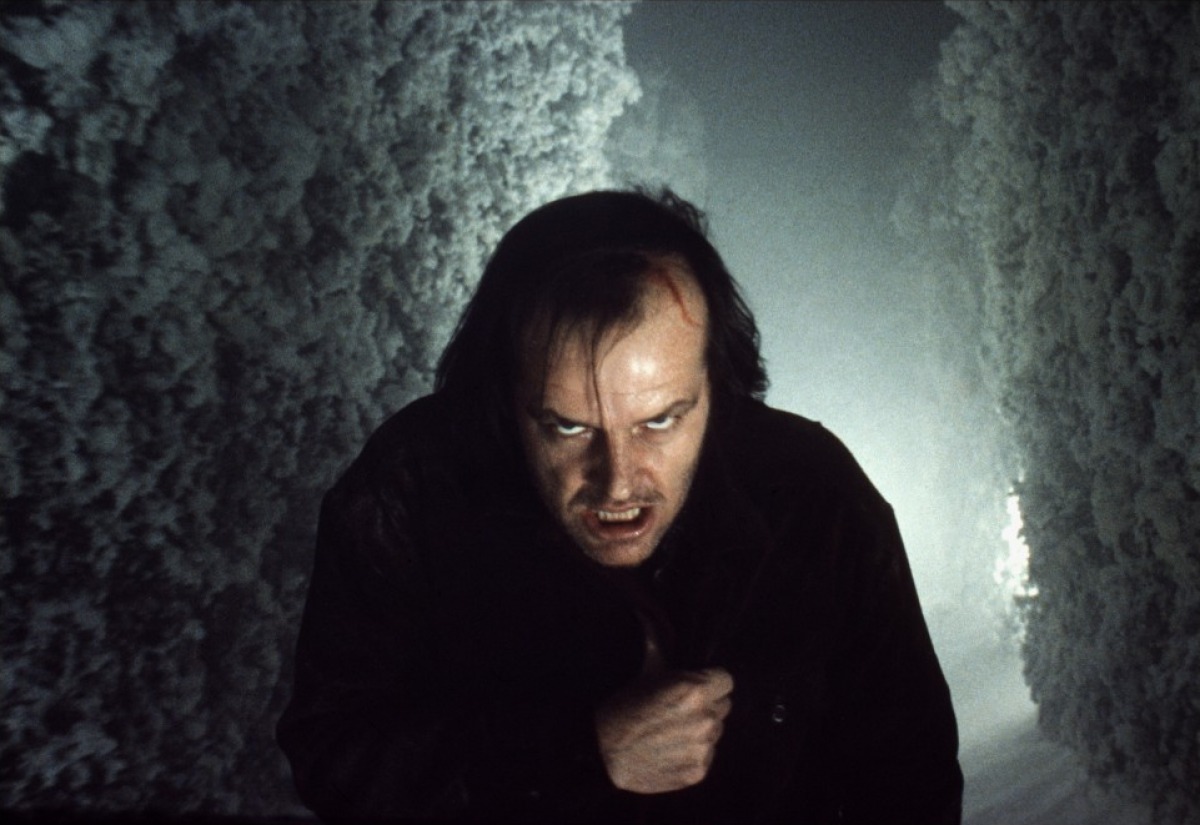 Still crazy after all these years. (Warner Bros./MovieStillsDB)

Celebrate 40 Years of 'The Shining' With Books, Socks and More

tanley Kubrick’s The Shining turns 40 years old this weekend, and we have compiled a list of the not-so-dull things on Amazon Prime! From books to Blu-rays to board games to the iconic Overlook rug and more, you can celebrate in shiny style and party like it’s the July 4th Ball of 1921!

Despite author Stephen King’s unrest with Stanley Kubrick’s film adaptation of his book (and the differences between the two), any true celebration of the film should start with an appreciation of the novel. The novel is available in many forms: hardcover, paperback, Kindle and an audiobook narrated by actor Campbell Scott. If you have never read it (or at least listened to it), being shut in like Jack Torrance makes now as good a time as any!

And if you’re a true collector, there are a number of early editions of the hardcover, dating back to when it was first published in 1977. A true first edition can go for more than $1,000. You gotta spend that stimulus check on something! But if you don’t want to spend all the 20s and the 10s that you have right there in your wallet, you can still get an early-edition hardcover with that great green-hued iconic cover for around $50!

Speaking of books, like many of King’s best characters Jack Torrance himself was writing one. Thus his writing retreat gone wrong at the Overlook Hotel. But what would have become of that book if he didn’t hit the worst case of writer’s block ever? Maybe a book on gardening hedge mazes with an ax? Or a book on remodeling with an ax? We will never know…but here is a fun book filled with 128 pages of nothing more than “All work and no play make Jack a dull boy.” Repeated. Turns out Jack did give us the great American novel: All Work and No Play Makes Jack a Dull Boy: The Masterpiece of a Well-Known Writer With No Readers.

You must start and end any celebration of the 40th anniversary of Kubrick’s Shining by watching the film. The two-disc Special Edition is only $10 and features “The Making of the Shining” documentary, with optional commentary by Vivian Kubrick along with three new featurettes: “View from The Overlook: Crafting the Shining,” The Visions of Stanley Kubrick” and “Wendy Carlos, Composer.” It’s a must for any fan.

Writer/director Mike Flanagan has become not only a master at adapting Stephen King stories (see also: Gerald’s Game) but a master of horror himself. Doctor Sleep (2019) was a film adaptation of King’s 2013 sequel novel that centered around an adult Danny Torrance (Ewan McGregor). The movie, which you can buy on Blu-ray, blended both of King’s books as well as Kubrick’s films into a true masterpiece that honored all of them. It was one of the best horror films of the decade. King even gave the film the highest of praise and his blessing, effectively saying it righted the wrongs of Kubrick’s original adaptation.

Kubrick’s adaptation is the benchmark. But our own Mick Garris, another master of multiple adaptations of King (Sleepwalkers, Riding the Bullet), directed a  three-hour made-for-TV miniseries in the era of Stephen King x ABC adaptations such as It, The Tommyknockers and The Stand (another from Garris). This one is special because it was written by King, making it truer to his own. Steven Weber, Rebecca De Mornay and Melvin Van Peebles starred in the miniseries, which has a few fun cameos featuring Sam Raimi and King as Gage Creed. It has become a fan favorite over the years and is worth a watch.

‘The Shining’ Board Game

Board games are all the rage right now while we are all shut-in, so fight off your own cabin fever with this board game based on The Shining. “Travel to the heart of the Rocky Mountains to take charge of the Overlook Hotel while it is closed for the winter. Except, you are not alone... The Shining is a suspenseful game of cooperation, deception and terror! Explore the Overlook Hotel as a Caretaker and test your Willpower against the evil influences lurking there. Can you work together to survive the winter? Or will one of you be corrupted, secretly acting against the other players, trying to make former team members a permanent part of the hotel’s bloody history?”

“Hello, Danny. Come and play with us. Come and play with us, Danny. Forever... and ever... and ever.” Those Grady Twins would be the cutest of the Overlook’s ghost guests if it were not for all the creepy games of hide-and-seek they play. But Funko has made the Twins and old Here’s Johnny less killer and, well, cuter with their Rock Candy release of these adorable figures (that still have a spot of blood of course). Jack even comes with a typewriter and ax so you can play house in the Overlook! They are way more fun to play with than Tony the finger, we promise.

“Wendy, I’m home!” So, you’re stuck inside your house? Why not turn it into the Overlook and make it feel like a nice grand hotel stay in the Colorado mountains? Minus the murder and ghosts of course. At least you can feel as if you are staying at a hotel with this fun retro Overlook hotel room keychain. Might we suggest Room 237 for your stay? It has a spacious tub.

Spruce up the place and make it shiny with a few more Shining-themed housewares! This vintage-style Overlook Hotel Poster features retro travel poster-style art and makes the place look like somewhere you would want to be holed up for the winter. From the outside at least. Bleeding elevators not pictured.

One of the elements that makes Kubrick’s films so iconic is the production design. Never has there been a more iconic cinematic carpet than the orange, brown and red octagon pattern featured in the film’s historic hallway scene (legendary interior designer David Hicks designed what is called the Hicks Hexagon). Make your guests and your ghosts feel welcome with this Overlook welcome mat featuring that pattern and a “Welcome to The Overlook Hotel” graphic!

The interior decorator of The Overlook really outdid themselves on carpet patterns. While the hallway carpet is the most recognizable, the purple, green, and black carpet in the infamous room was its own vibe that really ties the Room 237 together. These decorative throw pillowcases feature that pattern so you can make your couch a little comfier and a little creepier!

Add some frozen flare to any outfit with this Jack Torrance “Jacksicle” enamel pin! Style tip: Might we suggest putting it on a denim jacket or maybe a heavy coat and might we also suggest wearing a heavy coat if you decide to, say, chase your family out in the snow?

Maybe your wall space is taken up already with “REDRUM.” Well, that same vintage-style Overlook Hotel retro travel poster-style art is featured on a t-shirt as well!

One of the much-debated pieces of clothing from the film is Danny’s Apollo 11 sweater. Is Kubrick admitting that he was the director behind the “faked moon landing” footage? Or is it just a fun ’80s sweater? Either way, it is out of this world and now you can own your very own. Big wheel and “The Shine” not included.

Keep your twin toesies warm with these Grady Twins socks from Bioworld! They are fun to wear around the house and, you know, to just stand there at the end of the hallway.

James Wallace is the Director of Special Events & Partnerships for FANGORIA and one of the hosts of the FANGORIA Frequencies podcast.