Scream His Name: The Full CANDYMAN Trailer Is Here 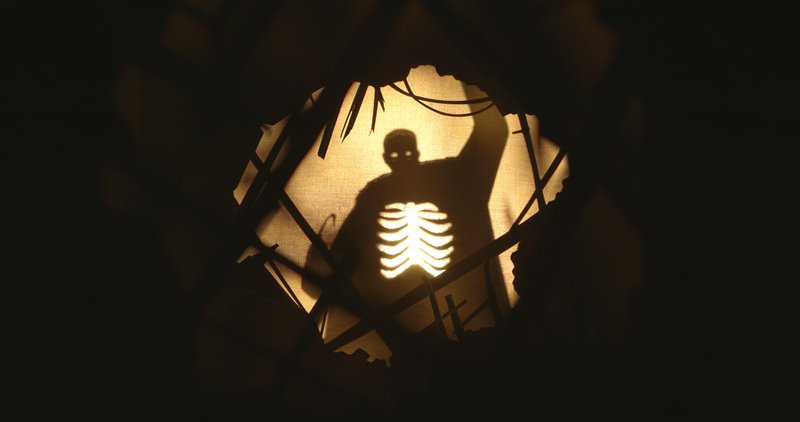 It's been just over a year since director Nia DaCosta shared a gorgeous, powerful shadow-puppet teaser for her "contemporary incarnation" of Candyman, following up Bernard Rose's 1992 film based on Clive Barker's short story "The Forbidden." Candyman was intended to come out last year, but of course the pandemic had other plans, and now anticipation is at an all-time high for the film, which at last arrives in theaters on August 27. And today's full trailer only stokes that anticipation more:

WOW, that's a strong trailer. The music, the oppressive tension, the repetition of both Candyman's name (five times and then some) as well as Anthony's, the lead character played by Us andWatchmen's Yahya Abdul-Mateen II, all intensified by the eerie return of those shadow puppets – this thing is a moment, and it's got me wanting this movie yesterday. (Or last year.)

We've got some incredible content in our upcoming Issue 12 in support of Candyman: an interview with DaCosta conducted by Relic's Natalie Erika James, a profile of the artists who supplied Abdul-Mateen's character with his distinctive paintings, an examination of the movement and choreography behind Candyman's scares, a new exploration of Rose's original and more! It's too late to subscribe and get that one, but be on the lookout for it in stores – it hits shelves July 21.

Read on for the synopsis!

For as long as residents can remember, the housing projects of Chicago’s Cabrini-Green neighborhood were terrorized by a word-of-mouth ghost story about a supernatural killer with a hook for a hand, easily summoned by those daring to repeat his name five times into a mirror. In present day, a decade after the last of the Cabrini towers were torn down, visual artist Anthony McCoy (Yahya Abdul-Mateen II; HBO’s Watchmen, Us) and his partner, gallery director Brianna Cartwright (Teyonah Parris; If Beale Street Could Talk, The Photograph), move into a luxury loft condo in Cabrini, now gentrified beyond recognition and inhabited by upwardly mobile millennials.

With Anthony’s painting career on the brink of stalling, a chance encounter with a Cabrini-Green old-timer (Colman Domingo; HBO’s Euphoria, Assassination Nation) exposes Anthony to the tragically horrific nature of the true story behind Candyman. Anxious to maintain his status in the Chicago art world, Anthony begins to explore these macabre details in his studio as fresh grist for paintings, unknowingly opening a door to a complex past that unravels his own sanity and unleashes a terrifying wave of violence that puts him on a collision course with destiny.