Bones & All will hit US theaters from November 23rd. 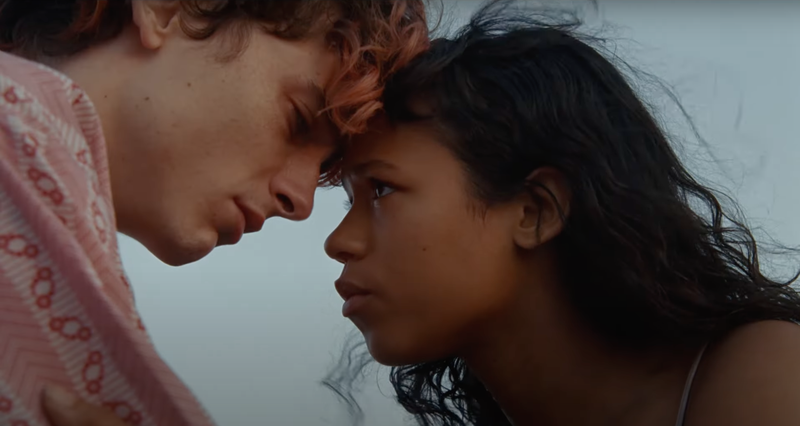 Timothée Chalamet and Taylor Russell star in the heartfelt horror.

One of the most anticipated horror films of 2022, Luca Guadagnino's coming-of-age cannibalism tale Bones & All, gets a new trailer today after screening at Fantastic Fest earlier this week.

The trailer, which was first shared on Twitter by Bones & All star Timothée Chalamet, promises blood, brutality and beautiful cinematography from the Suspiria director.

“…is a story of first love between Maren (Taylor Russell), a young woman learning how to survive on the margins of society, and Lee (Chalamet), an intense and disenfranchised drifter, as they meet and join together for a thousand-mile odyssey which takes them through the back roads, hidden passages and trap doors of Ronald Reagan’s America. But despite their best efforts, all roads lead back to their terrifying pasts and to a final stand which will determine whether their love can survive their otherness.”

Since premiering at the Venice International Film Festival, Bones & All has received rapturous praise and has garnered an impressive 91% approval rating on Rotten Tomatoes. Reviews of the film have called it ‘scary, nasty and startling in its warped romantic idealism’ and “a tender and affecting tale of first love and discovery.”

In an interview with Deadline, Guadagnino had this to say about the provocative nature of the film:

With Bones and All, I wasn’t interested at all in the shock value, which I hate. I was interested in these people. I understood their moral struggle very deeply. I understood what was happening to them. I am not there to judge anybody. You can make a movie about cannibals if you’re there in the struggle with them, and you’re not codifying cannibalism as a topic or a tool for horror. The Texas Chainsaw Massacre is not a horror movie. It’s a devastating portrait of America from a very unreconciled master filmmaker. Even the second one, which I love as well, isn’t a horror movie; it’s a satire of Ronald Regan. The Exorcist is a family drama, not a horror movie. It’s about motherhood, and what is alien about that?

As we can already see from the trailer, it's evident that Bones & All will straddle the lines of genre, blending horror, romance, violence and tragedy.

Bones & All also stars Mark Rylance (The Trial of the Chicago 7), Chloë Sevigny (Kids) and David Gordon Greene (director of Halloween). The score was composed by Trent Reznor and Atticus Ross, so you just know it's going to be an atmospheric adventure through all of the feelings.

While you wait for Bones & All to hit theaters on November 23rd, watch the trailer here to see exactly why this movie is generating so much Oscar buzz...