It's Happening: John Boyega And Joe Cornish Reunite For ATTACK THE BLOCK 2 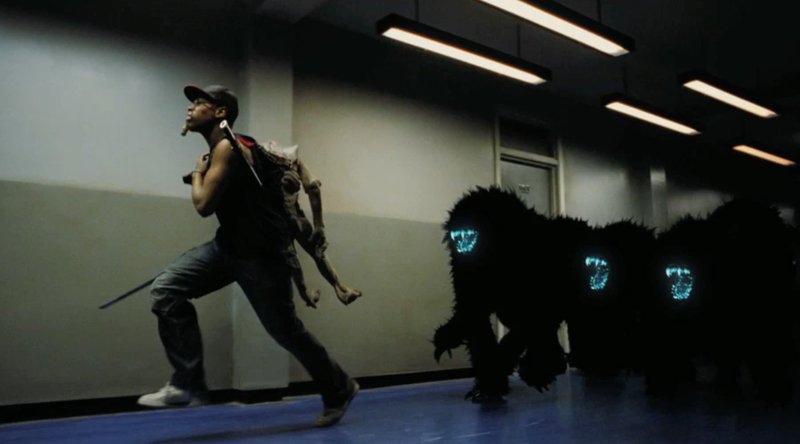 John Boyega in ATTACK THE BLOCK.

It's been ten years this month since Joe Cornish's Attack the Block smashed brains and won over hearts, a sci-fi rotoscoped monster movie unlike any other and featuring a star-making turn from the phenomenal John Boyega, who went on to Star Wars fame. Discussions of (and pleas for) a sequel have cycled ever since, but today we finally, finally get the official word, from Deadline:

The aliens are back on the block. A decade after Attack the Block achieved sci-fi cult status and launched the career of its star John Boyega, Studiocanal, Film4, Complete Fiction Pictures & UpperRoom Productions are moving forward with Attack the Block 2 with Boyega locked to return as Moses.

There are almost no other concrete details about the sequel in today's announcement, but who needs 'em? Cornish and Boyega are making Attack the Block 2, and that is truly all we need to know. (But here are some quotes from the relevant parties, for funsies:)

“It’s been a decade since Attack the Block was released and so much has changed since then,” Boyega said. “I’m excited to see this heightened story return to the streets of London. Moses has remained one of my favourite characters to play and bringing him back is a huge honour.”

Said Cornish: “I’m thrilled we’re officially announcing our return to the world of Attack the Block on the tenth anniversary of the film’s release. I can’t wait to work alongside John again, bringing audiences an even bigger slice of inner-city alien action.”

If you haven't seen Attack the Block, there's no time like the present. Trust, bruv: it's a rousing, thrilling, hilarious and often terrifying masterpiece. Allow it!