An Open Letter to FANGORIA About Their Monstrous Editor-In-Chief, Who Forced Me to Go See 'Cats' a Second Time 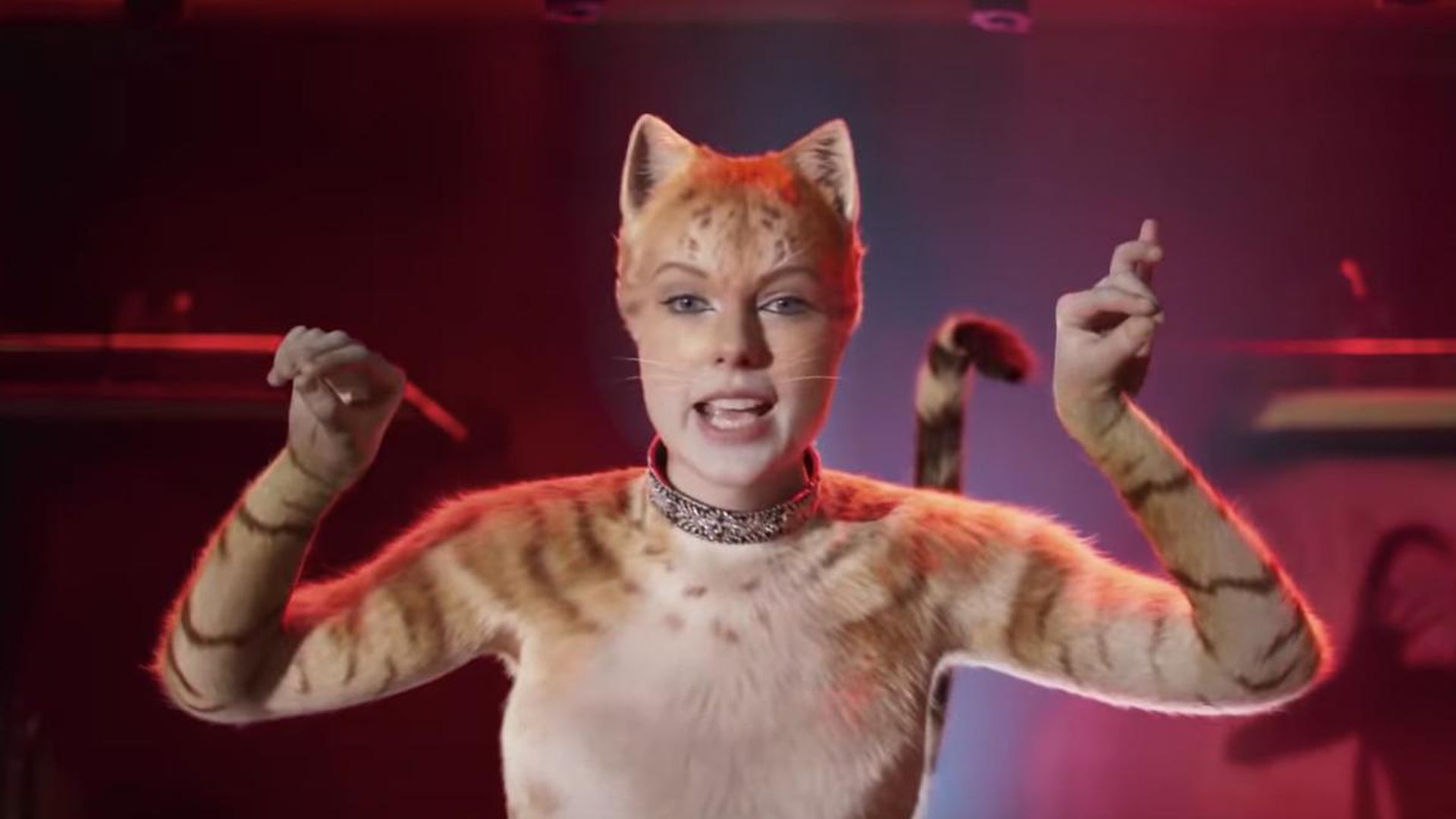 An Open Letter to FANGORIA About Their Monstrous Editor-In-Chief, Who Forced Me to Go See 'Cats' a Second Time

We need to talk about Phil.

You know, Phil Nobile Jr.? Your editor-in-chief? As far as I can tell, Phil’s been doing a swell job for you guys, resurrecting the FANGORIA brand without causing any serious PR disasters, lining up top-notch content from some of the best writers currently working the horror beat (many of whom, in the interest of full disclosure, I consider friends) and ensuring that each and every issue of your magazine shows up on my porch in a timely manner. These are admirable skills, all of which should be celebrated, and it’s important we acknowledge that before I move onto the real reason I’m writing to you today, which is to warn you that Phil Nobile Jr. is also a diabolical savage who enjoys making my life difficult. It is only a matter of time before he turns his cruel attention towards you, and I have come today to sound a warning.

‘Twas Phil who sent me two cases of Pop-Tarts while I was in the middle of a diet (all to prove a point about unfrosted Pop-Tarts being better than frosted ones, if you can believe it; in addition to being a scoundrel, your boss is also a rube). ‘Tis Phil who routinely DMs me terrible takes from Twitter accounts he knows I have muted and/or blocked, the better to annoy me with. And ‘Twas Phil who, mere hours after I’d been forced to sit through Tom Hooper’s Cats - a truly terrible film based on a slightly-less-terrible musical - pitched me on the idea of seeing Cats a second time, to see what sort of VFX had been added to the movie, post-release.

Like an idiot, I actually considered the question. What would someone need to pay me to watch Cats a second time? I’d loathed the film on first viewing and couldn’t imagine subjecting myself to it again, much less while it was still in theaters, but I gave the idea some serious thought: $1,000 seemed too high - I’d almost certainly do it for less - but $500 seemed too low. $700 seemed closer to the truth, while $800 sounded right on the money. I foolishly shared this number with Phil, whose immediate response was to launch a GoFundMe page to force me to watch Cats a second time. The fundraiser’s goal? $800. The internet funded it within 24 hours (because, like Phil, the internet is evil and wishes to see me suffer).

I am, of course, a man of my word. If I tell you I’ll go watch Cats a second time, and report on whatever half-assed VFX they’ve added to it since, for $800, guess what? I’m gonna follow-through. And follow-through I did.

I will have you know that it wasn’t an entirely bad time. After reassuring the monsters who donated to Phil’s GoFundMe that I would not be using their money responsibly, I made good on that  threat by contacting Fly Rides in Austin, TX, and renting a gigantic party bus. At the predetermined time, Fly Rides dispatched a helpful and gregarious young woman named Rhonda to retrieve me and roughly 20 of my friends from a local Alamo Drafthouse. Rhonda showed up in a bus called the “Candy Cane”, and shepherded us around the greater Austin area for upwards of five hours, taking us from brunch to an indoor mini-golf course and then simply up and down the freeway. We danced to Bowie and Prince while crushing beers on a platform that was careening around at 70mph, and it was good. Some spills and bruises were sustained during this period, yes, but there was great fun to be had by all.

Well, almost everyone. Even as my associates mooned other motorists and dangled from the ropes hanging from the Candy Cane’s ceiling, I knew that all the fun and games would soon come to an end, and then it would be time to face Tom Hooper’s Cats a second time. The knowledge ate at me, surfacing to the forefront of my mind every time I attempted to let my guard down and enjoy getting turnt. By the time Rhonda returned us to our starting location, a palpable sense of dread had settled in. This is Phil’s work in action, you see. Phil knew that $800 would go a long way towards soothing the burn of having to see Cats a second time, but he also must have known that, whatever I did with the money, I would not be able to enjoy it fully. Again, this is diabolical work, fitting behavior for the editor-in-chief of a horror magazine.

Anyway, just before we pulled up to our final destination, a funny (“funny”) thing occurred: my glasses, which I’d briefly taken off in order to monkey around with the party bus’ sound system, fell to the ground. When I reached down to pick them up, I noticed that one of the arms had come loose: the glasses would no longer stay affixed to my face without me holding them in place. On any other day this might not have been a big deal - I don’t wear my glasses all the time - but on a day where I needed to be paying very strict attention to the grotesque details of Cats, it served as yet another humiliation. I would now have to watch Cats a second time while holding my glasses in place. Of course I don’t honestly believe that Phil was somehow able to make this happen (perhaps via an exchange of souls with the literal Devil), but I don’t honestly not know that, either.

And so, with my busted-ass glasses in hand and the rest of my cohorts in tow, I entered the Alamo Drafthouse and took my seat for round two with Cats. This was one of the Drafthouse’s “Rowdy Screenings”, a type of specialty screening the company does from time to time for movies that...well, for movies that might provoke a particularly spirited response from their audience. You can’t have full-blown conversations during Rowdy Screenings - this is still, after all, an Alamo Drafthouse, and they will boot your ass out without a refund for that kinda behavior - but you can shriek, laugh, sing along, and do whatever else might come naturally while watching Tom Hooper’s Cats.

This particular theater was something of a stacked deck: halfway filled with 20 people who’d been on a party bus all day; halfway filled with people who were there to see if Cats really was as insanely god-awful as the critics said it was. This, as it turns out, is the optimum way for anyone to enjoy Cats. The laughter began within moments of the film starting, did not let up until it was over, and the time in between was punctuated by screams of “Oh NO” and “HOLY SHIT” and “(anguished noise goes here)”. The movie is still terrible, obviously - there’s no getting around how unpleasant Cats is to look at, or how mind-numbingly bad many (if not all!) of its songs are - but in a large auditorium filled with mildly inebriated people who have come specifically to see a $100M movie implode before their very eyes, Cats is one hell of an experience. I didn’t feel this way after my first viewing, but the second left me believing that Tom Hooper has made a film that will play midnight screenings in movie theaters around the world for many years to come. A thing like this doesn’t come around very often, and when it does, the film community tends to ensure that it’s filed away properly, and “the new Rocky Horror Picture Show” seems like a very fitting end for this monstrosity.

As for the updated VFX, well, here’s what I can tell you: I noticed a few shots where so-and-so’s fur looked a little less like the textures generated by a PlayStation 2, and the infamous shot at the end where Judi Dench’s wedding ring hadn’t been edited out seemed to have been fixed, but beyond those fleeting moments the film looked more or less as I remembered it: aggressively hard on the eyes and utterly bewildering from moment to moment. It’s also worth noting that many, many scenes in Cats actually look like Hooper was actively trying to make a horror film. If I showed you some of these scenes completely free of context (a small army of hideous cat people slithering out of the shadows towards a streetlight, or Rebel Wilson biting the head off a dancing cockroach with a human face), you would naturally assume that’s what he was going for. I’m not saying you should put Cats on the cover of an upcoming issue of FANGORIA, perhaps to celebrate the film’s Blu-ray release, but I am definitely hinting around it.

Anyhoo, I watched all of this unfold with one hand pinned to the side of my face, holding my glasses in place even as my brain screamed at me to avert my eyes. It would’ve been the easiest thing in the world to set those busted-ass glasses down and give myself a bit of relief from the nightmare on screen, but once again: I’m a man of my word. My job was to show up, watch Cats a second time, and tell you about the changes I noticed, and I have completed that task to the best of my ability. Cats with updated visual effects is basically the same thing as the classic, opening weekend cut of Cats, and should absolutely not be watched by anyone who doesn’t have a support structure (read: a roomful of drunken idiots who wish to see a trash fire) firmly in place.

So, what did I learn from this experience? Well, mostly I learned that one must always think two or three steps ahead when dealing with your editor-in-chief. You know that scene in Alien 3 where the dude’s cleaning out those giant wind tunnels with a broom, and the Xenomorph appears and startles the guy, sending him stumbling straight into a 15-foot rotating fan, and then said guy literally explodes on impact? That’s basically the razor’s edge you’re dancing on every day that you continue working with Phil. This week it was my turn, but sooner or later it will be yours, and I hope you’re ready when the time comes.

Who Has Seen Cats Twice

Scott Wampler is an online film blogger, Podcast host, and man of constant sorrow living in Austin, TX. He is, for now, the news editor at BIRTH.MOVIES.DEATH. His likes include CREATURE FROM THE BLACK LAGOON, the filmography of David Lynch, and the conspicuous consumption of alcohol. Dislikes include people and unfrosted Pop-Tarts.