The first 11 minutes of THE CONJURING: THE DEVIL MADE ME DO IT have us all bent out of shape.

Indicating a desire to flip the script and toy with audience’s expectations, director Michael Chaves begins The Conjuring: The Devil Made Me Do It where past franchise entries have ended: in the throes of a full-on exorcism, as the Warrens (Vera Farmiga, Patrick Wilson) wage a life-or-death battle with a malevolent spirit. Screening the first 11 minutes of the film for press, Chaves elaborates. “We've seen the Warrens go on these adventures before, and there's the expectation that they're going to face a demon. They're going to exorcise that demon by the end of the movie. And we thought, let's just turn that whole idea on its head. Start with the thing that you think the movie is going to end with, and then have it go horribly wrong.”

Things do indeed go horribly wrong in this sequence, which is not shy about its influences; down to the powder blue PJs on young possession victim David Glatzel (Julian Hilliard), the film not only addresses the Exorcist-shaped elephant in the room, it sets it a place at the dining room table. When a taxi pulls up in front of the fog-shrouded house, and a priest in a very specific wardrobe choice exits the cab to stand in silhouette outside the domicile, Chaves and the film are openly acknowledging the enormous shadow William Friedkin's 1973 classic casts over this entire genre. The moment -- and perhaps the brass balls required to pull this move -- produced an audible, impressed gasp from this preview audience.

Chaves owns it. “I think the Conjuring movies are always these love letters to horror cinema. You look at the first one and you can see so much of The Changeling in it. And I think it does that with great love. And I can tell you that was, without a doubt, a shameless Exorcist reference there. It's funny, because I was on the verge of cutting it out. ‘Oh, you know what? It's too much on the nose.' But I kept it and I was glad I did, because when we started screening it, people loved it. They loved being able to see those references and make those connections.”

Also gasp-inducing is the explosive, sickening exorcism scene, which finds young David contorting unnaturally while resisting the exorcism. Chaves maintains the uncanny movements were not the work of cgi (give or take a face replacement). "All of the contortions are all in-camera and it's not sped up at all. That is a real contortionist named Emerald Gordon Wulf. We did do cgi face replacement with Julian, but all of those moves, there is no wire work. That's all her just doing it. And what's crazy is that's at speed." We can confirm that David writhing on the dining room table, his body bending impossibly, is a skin-crawling moment. Chaves continues, "Originally, she did it really slowly, and it's really creepy. We did a couple takes of that, and then I asked, 'Emerald, is there anything else that you can do? Can you do that any differently?' And she said, 'I could do a really fast version." And she did it and you could just hear the crew trying to keep their lunch in, because it was just so unnerving."

Another Exorcist nod concludes the opening sequence: after Ed Warren is attacked and incapacitated, the possessed David is confronted by his sister’s boyfriend Arne (Ruairi O'Connor), who pulls a questionable trick out of Father Karras’ playbook. But unlike that classic showdown in Georgetown, there’s no convenient set of steps for Arne to throw himself down, and as the franchise's now-iconic title crawl comes up, it’s clear that Arne’s act of self-sacrifice is instead the launchpad for the horrors to come.

Those horrors are, like the other films in the franchise, based in reality -- The Devil Made Me Do It is based on the real-life 1981 murder of Alan Bono by Arne Johnson -- but Chaves acknowledges that the murder case makes this story hit different.

“Up to this point, every case that we've seen (in the franchise), there's no real victims. The Warrens can walk away and the demon has been cleared, and...it's like, 'hey, that was a fun thrill ride,'” Chaves says. “I was elated and excited to do this movie, (but) I was also conflicted by the fact that there's a real victim in this. And that was something, from the very beginning, I thought, ‘I hope I get this right.’ And I hope I tell that story fairly because I don't think you can downplay that at all.” Chaves continues, “I have struggled to decide what I believe actually happened. But what I ultimately decided is, my belief needs to take a back seat to their story. And ultimately, it's the story of their faith and the faith (these characters) put in each other.” 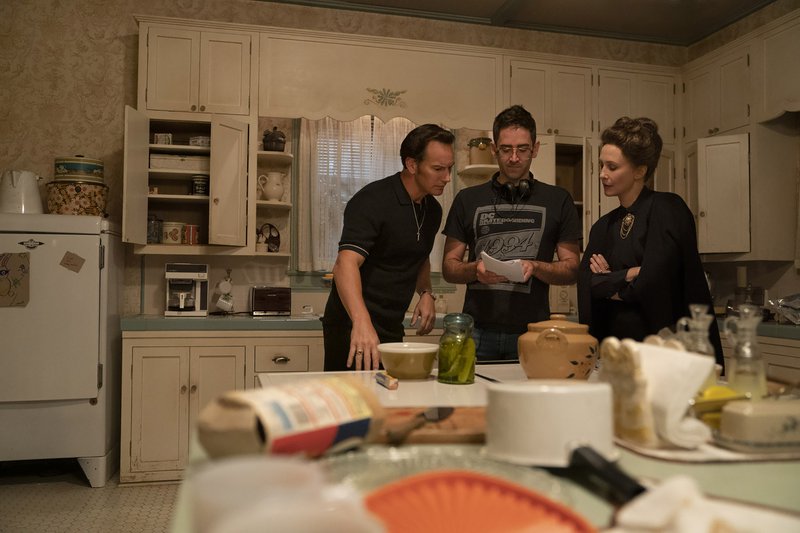 The Conjuring: The Devil Made Me Do It opens in theatres and IMAX nationwide on June 4, 2021 and will be available on HBO Max for 31 days from theatrical release.