Let There Be A Trailer For LET THERE BE CARNAGE 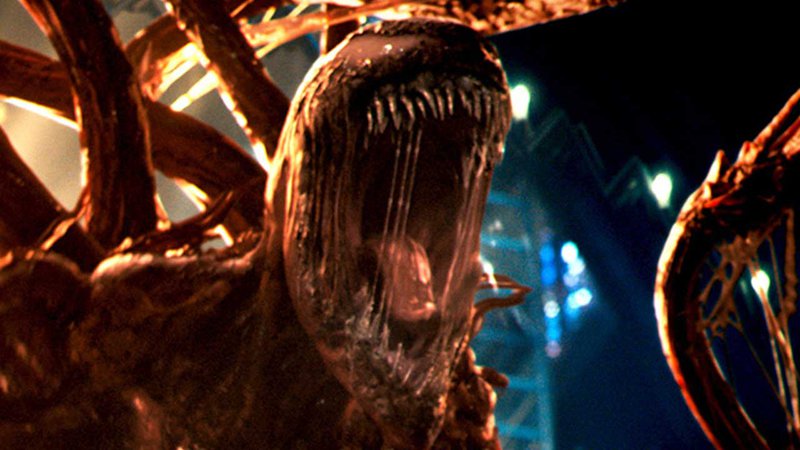 Carnage. Let him be.

Full disclosure: I never got around to seeing Venom. It's from an era of the comics I just didn't take to, and though everyone involved was super talented and word of mouth was good, the week it came out I was busy...(checks calendar)...oh yeah, relaunching a magazine, and then, you know, life happened.

That's a really roundabout way of saying that when I saw this trailer for Venom: Let There Be Carnage, the biggest surprise for me was Venom as a chatty comedy sidekick. Was he this talkative last time? Had it been communicated to me in the marketing for the 2018 original that the franchise was a sci-fi/horror buddy comedy along the lines of Dead Heat or Alien Nation or the Griffin Dunne talking penis movie Me and Him, I probably would have boarded that train.

Anyway, the sequel from director Andy Serkis looks hella fun, Tom Hardy should do more comedy, and I will see Woody Harrelson in literally anything...except the first Venom, I guess. You know what I mean.

Venom: Let There Be Carnage opens (ONLY IN THEATERS!!!) on September 24th.