Jill Gevargizian's new film is getting a loaded Blu-ray from Arrow Video, and we've got a peek. 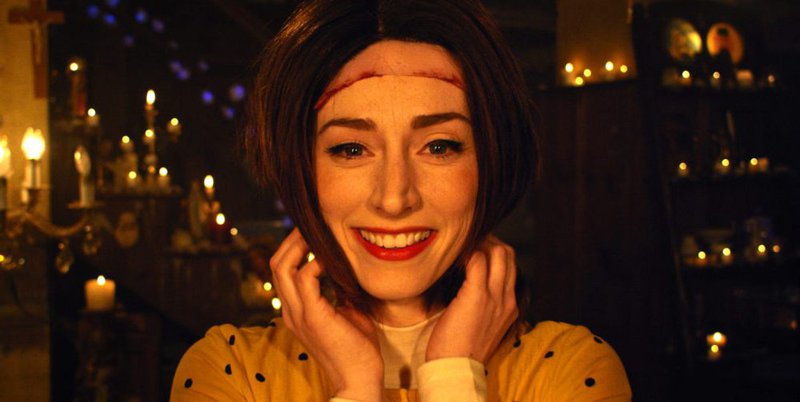 Najarra Townsend in THE STYLIST.

Back when it was a Kickstarter project, we were pulling for Jill Gevargizian's The Stylist, and it’s been a lot of fun watching from the bleachers as the project reached its goal, went into production, and knocked folks out on the fest circuit. For those not yet familiar, here’s the synopsis:

We all dream of being someone else... but for Claire (Najarra Townsend), that dream goes from an obsession to a living nightmare. Hairstylist by day, serial killer and collector of scalps by night, Claire's lonely existence is thrown into turmoil when her regular client, Olivia (Brea Grant), asks her to style her hair for her wedding day. Increasingly fixated on Olivia's seemingly flawless life, Claire vows to lock up her scalp collection and change her ways for good - only to discover that repressing your deadly desires is easier said than done...

And now we’re excited to see Jill’s film debuting on the Cadillac of home video labels, Arrow Video. This thing is STACKED:

In anticipation of its June 8th release, Arrow has sent over this exclusive clip, depicting a deceptively uneventful series of events that, through mood and exposition, become fraught with menace, and provide unsettling insight into the growing madness of Claire, the film’s disturbed protagonist.

Check out the clip below, and look for The Stylist (available here) on Blu-ray June 8th!