CHILDREN OF THE CORN Soundtrack Reissue Is A Beauty

Thanks to Gary Pullin, this vinyl/CD/cassette remaster is a true work of art. 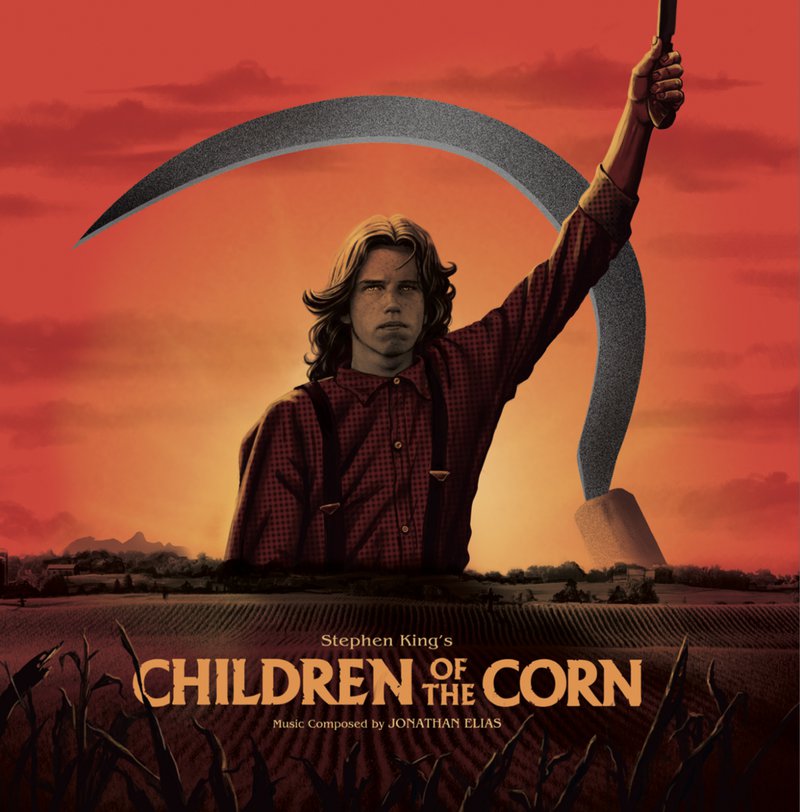 The coolest thing about this job is making friends with wonderful, talented people whose work you truly enjoy, and when they go off and do rad things, your excitement for them is a mix of awe and pride.

Such is the case with Gary Pullin, the amazing artist who has not only created some great (and sold out!) t-shirt designs for us, who not only gave Prom Night II's Mary Lou Maloney the Fango cover she deserved last winter, but whose prolific output is too voluminous to list here.

Today we got word that Gary went all-in on 1984’s Children of the Corn deluxe reissue, and the images are just too good not to share. Here’s what 1984 has to say about this release. The images are below!

On Friday, July 2nd, publishing/production house 1984 will release a deluxe gatefold vinyl edition of the Children of the Corn soundtrack, its first time on wax since the film’s original debut. The LP (containing foil elements on the cover) will be available in five different variants, along with cassette and CD editions.

All packaging is designed by “Ghoulish” Gary Pullin, who previously worked with 1984 on his coffee table book Ghoulish: The Art of Gary Pullin, the vinyl soundtracks for the films Prom Night (‘80) and Silent Night, Deadly Night (‘84), plus the double A-side 12-inch for Goblin’s themes for Suspiria and Dawn of the Dead.

Gary Pullin: "(For this cover), we wanted to focus on Malachai, and for good reason. He’s a pivotal character and perhaps the most terrifying person in the film. Actor Courtney Gains perfectly channels Malachai with the kind of cold indifference it would probably take to be a feral, parent-hating serial killer. I can almost hear him screaming ‘Outlander!’ when I reflect on the cover design. There are some other ‘easter eggs’ we've hidden throughout the packaging, and I hope that fans of the film and Jonathan's score enjoy this very special release.”

Children of the Corn features 17 tracks composed, conducted, and arranged by Jonathan Elias, who worked directly with producer Donald Borchers on both the original ‘84 film and the ‘09 television adaptation. Adam Boose at Cauliflower Audio newly remastered the soundtrack audio, Dave Polster at Well Made Music cut the master lacquer, and Gotta Groove Records in Cleveland, Ohio pressed the vinyl in five different variants: 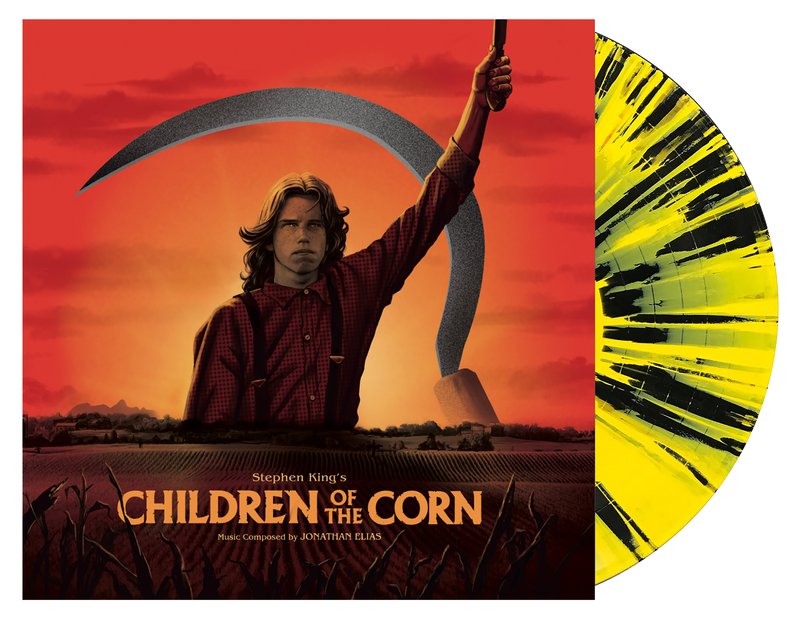 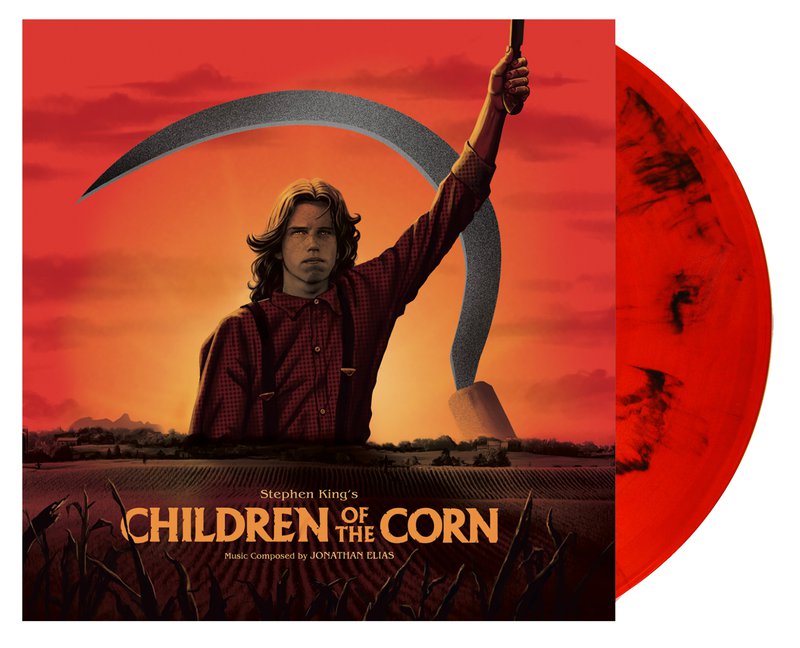 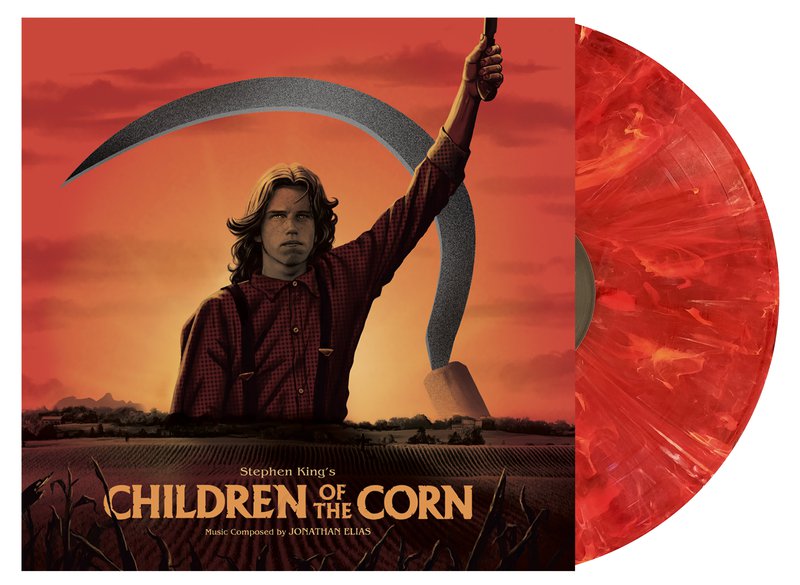 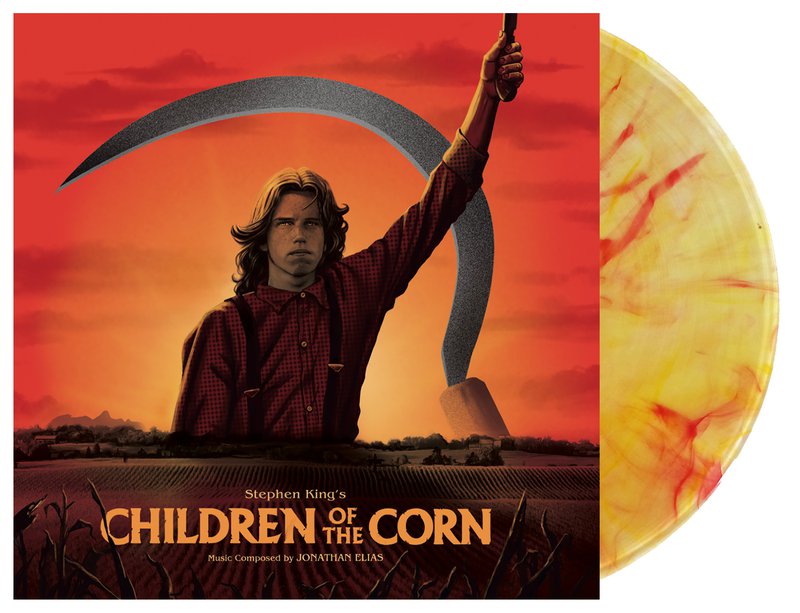 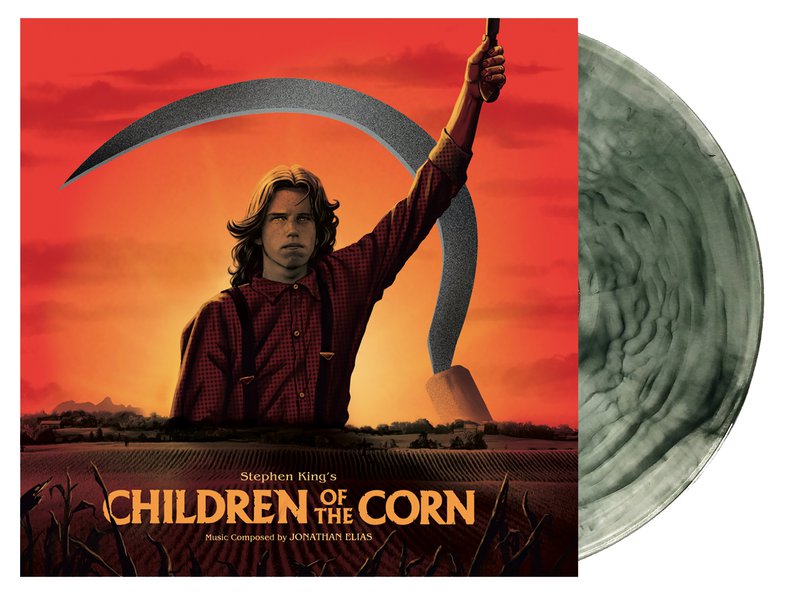 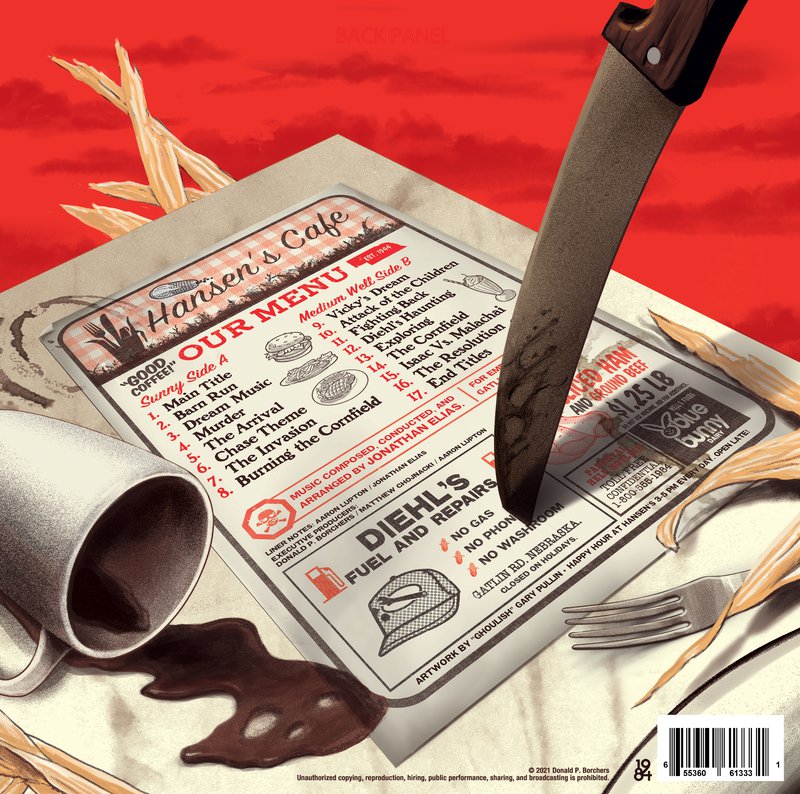